Tribal Leaders Suspect tree was torched out of lockdown frustration

For many years, along the Thamalakane river, next to Thamalakane primary school in Maun, the evergreen motsaodi tree (Garcinia livingstonei/ African mangosteen), stood majestically tall.

Having served the Maun community since the early 1950s during the batter trade system, it was declared a historical monument and a tourism attraction site by Nhabe museum.

The tree, which sheltered an informal trade of mostly Bayei tribe has now fallen. Last week it was reportedly burnt down by unknown individuals,causing disappointment among the community of Maun.

“It was an important tree for us the community, especially the Bayei tribe. Our people used to travel all the way from Seronga by river to trade meat for bullets and other important things under that tree,”stated Luke Motlaleselelo who is a member of North West Districtr council.

In fact on September, 5th, 2015, Motlaleselelo successfully tabled a motion calling for the conservation of the tree, and a recommendation was subsequently forwarded to the Ministry of Environment, Wildlife and Tourism to protect the tree.

However at the time of vandalism, the tree was yet to be fenced and according to Motlaleselelo people were sheltering under the tree to commit illegal activities. “Used condoms were thrown all over the place, drugs were consumed there and it was no longer used for good purposes like in the past.”

Some of the residents suspect it was cut down by depressed individuals frustrated by ongoing month long lockdown.

“These are the works of deliberate vandalism. It was done on purpose, otherwise why would somebody torch down such a big tree! What for?” Ecliamed another resident and tribal leader, kgosi Kegaisamang Ramokwena who added that, “We have long advised for the fencing of the tree for conservation purposes, and now look what has happened!

But what is so special about this tree? The tribal leader who maintains to be well versed with Batawana history explained that a long time ago Bayei who resided mostly in the Okavango Delta would travel by boat to Maun and set up camp under the same tree and engage in trade with Maun residents.

Money, according to Ramokwena was not of use to the traders who engaged in batter trading with game meat, biltong, fish and water reeds which they exchanged for fashion accessories, bullets for hunting guns, sugar and tea among others.

“Money was not valued then. The important thing was to exchange goods and it was under that very same motsaodi tree that hunters and gatherers would converge following some months of hunting to trade their catch. The tree was basically a trade centre. In fact it was a meeting place for hunters and gatheres who travelled through the long and dangerous route in the Delta, so the tree was our pride as the Batawana community,” Ramokwena said.

The tree stood a few metres away from Letsibogo la basadi pool , a designated swimming area for village women when they had gone to to fetch water and do laundry.

“Those were the days, full of innocence and happiness,” said Rmokwena with a tinge of nostalgia in hs voice.

Although Maun has since become a gateway to the Delta and ultimately a tourism village, Ramokwena explained that there was a time in the past when traders would reject money from tourists because they knew nothing about its value.

Many stories are being told about this Motsaodi tree and one such story is the claim that Matsaodi village, located just outside Maun was named after this tree.

According to a study done by Okavango Research Institute in Maun in 2017, motsaodi is a water loving tree and produces fruits, which are loved by both people, birds and animals in the Okavango Delta,

“There are several places named after the motsaodi tree. This reflects its longevity, its importance as a food source and also its distinctiveness in the landscape. Motsaodi trees are often used as landmarks,” the tribal leader explained

The study, which was done by Mmusi Mmusi, then a herbarium assistant at the same institution detailed the importance of the tree to the people of Ngamiland. He stated that the tree is used in traditional medicine and in particular the powdered root is used as an aphrodisiac (motsosa).

“The fruits can be fermented into a pleasant alcoholic beverage. The wood is susceptible to borers but has been used as a general purpose timber,” Mmusi explained. 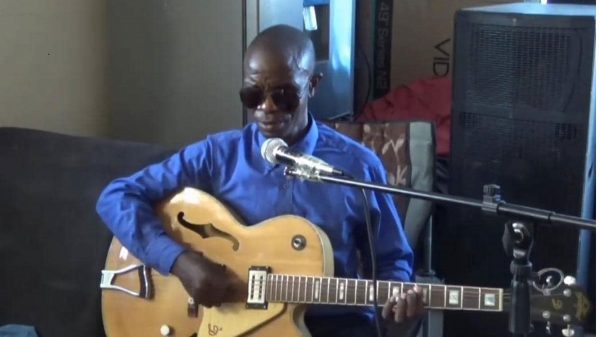 Folklore singer to launch new album as he turns 49 Maun will be in party mode this weekend as local folklore singer, Gaoabiwe Thapson...