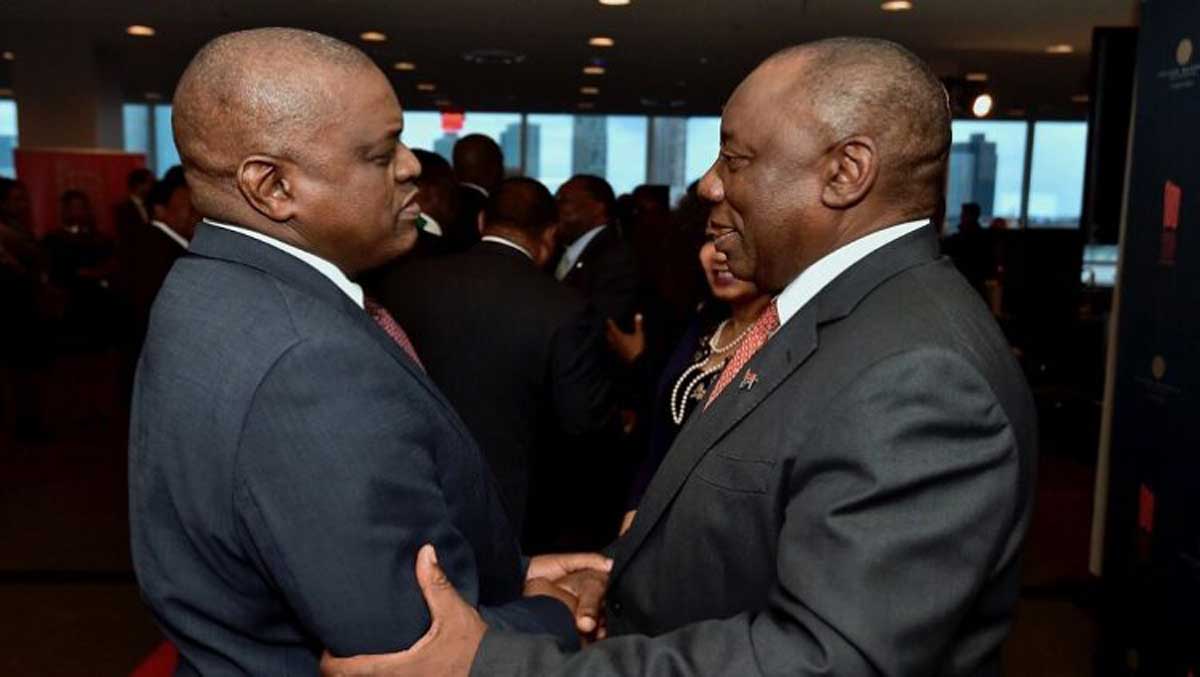 Last Friday, the day after former President Ian Khama was formally slapped with criminal charges, President Mokgweetsi Masisi and his entourage flew to South Africa for the 5th session of the Bi-National Commission (BNC) between the two countries.

With the charges against Khama making international news, it was expected Masisi and his counterpart, President Cyril Ramaphosa would address the issue – especially as SKI has spent the last six months in Mzansi in apparent self-imposed exile.

However, on his return home, Masisi made no mention of his predecessor.

“I am pleased that during this session, we progressed a number of critical issues. I am particularly pleased to note new issues that have been added to the Agenda, including Health Research, Next Generation Technologies, Minerals beneficiation and nonmaterial’s, as well as media, information and publicity,” stated Masisi in his late night press conference on Friday.

Meanwhile, addressing media back in SA, Ramaphosa explained Khama was in the country on a visit.

“So, we are not perceived as harbouring a person whose either a fugitive or whatever,” was all he had to say on the matter.

Instead Ramaphosa was keen to focus on the strong history between the two nations.

“The ties between the peoples of South Africa and Botswana are long-standing, and our solidarity was forged in the trenches of struggle. Botswana played a pivotal role in ending colonialism and apartheid in South Africa. This BNC is an opportunity to further deepen our cooperation in many areas including infrastructure development, energy production, mining, defence, health, transport, migration, and information and communication technologies.”

This was reiterated in a joint statement between Botswana and her southern neighbour, which reads in part, “The Heads of State reiterated the importance of the ongoing economic cooperation between the two countries and emphasised the need to intensify collaboration on areas that hold promise for immediate impact and benefit.”
Khama remains in South Africa and is yet to be served with his charges.

The matter, dubbed ‘the firearms case’ by the media, will return to court on 6 June after the accused lawyers requested more time to study the amended charge sheet, having only been furnished with the modified charges on the morning of the court appearance.