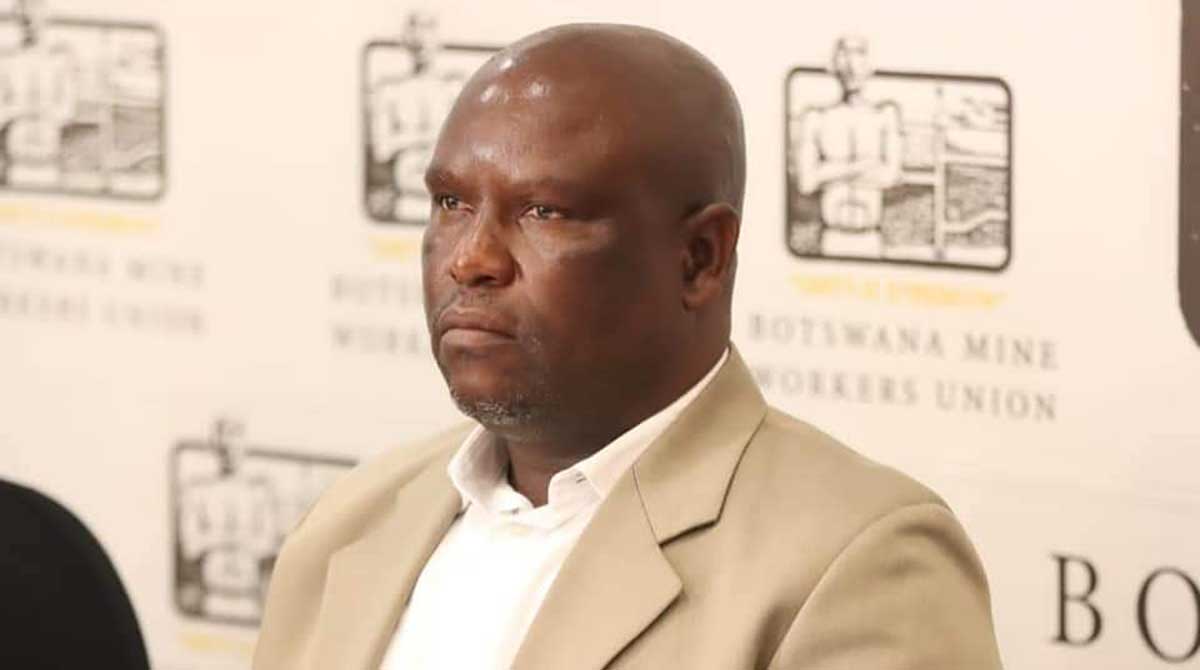 Botswana Mine Workers Union (BMWU) has informed the management of Debswana Mining Company of their intention to take legal action against the company for violation of its employees’ constitutional right to privacy and impairment of their dignity.

“The Union also intends to assert its personality rights under section 5 of the Data Protection Act by invoking the protection of the Data and Information Protection Commissione. BMWU further intends to apply as a friend of the Court (amicus)  in the Debswana vs Infotrac appeal case”.

This follows a recent case in which the Gaborone High Court Justice Abednico Tafa ruled in favour of the union against procurement of spying equipment from Infotrac Pty Ltd. Debswana has revealed its intentions to appeal the judgment.

The Union argues that Debswana failed to disprove that it procured the equipment to pry on its employees and Union officials without their consent, in breach of collective agreements between the company and the Union.

“The collective agreement concluded between the Union and Debswana, places an obligation on each party to respect another’s right to privacy. This is to ensure harmonious industrial relations. It is clear that the spying of workers was not pursuant to a court order, therefore Debswana’s conduct was wrongful. The company also failed to adduce evidence refuting Infotrac’s allegations,”says a press statement from the union.

The union further argues that it is not clear what the data collected from the Union was used for and the intention of Debswana management upon acquisition of it.

The statement says the effects of the Justice Tafa judgment are far reaching as they have a bearing on corporate governance of Debswana, right from the appointment of its board, executive management, contractors and especially the character and ethics of its leadership.

The union says contravention of constitutional right to privacy of Debswana employees and Union officials has potential to tarnish the image of Botswana diamonds internationally, which can be catastrophic to the country’s economy.

“Further, Botswana is the current Chair of the Kimberley Process and it is currently lobbying to host its Secretariat, all hopes to realize those ambitions will be greatly undermined by the outcome of this case”.

The union says during the high level meeting held between its officials and Debswana Ex-Co team on the 14th June 2022, the union advised the company to investigate alleged maladministration and corruption by past Debswana senior management, and unions previous plea for the Infotrac matter to be settled out of court.

The union demands a Forensic audit to be conducted on key company operational processes; procurement, tendering and recruitment, as well as confirmation of spying equipment and where in the Company‘s operations they have been placed or mounted.

A lawyer representing Debswana in the infamous ‘Debswana spygate’ case says his client never had any agreement with Infotrac, the aggrieved intelligence services company....