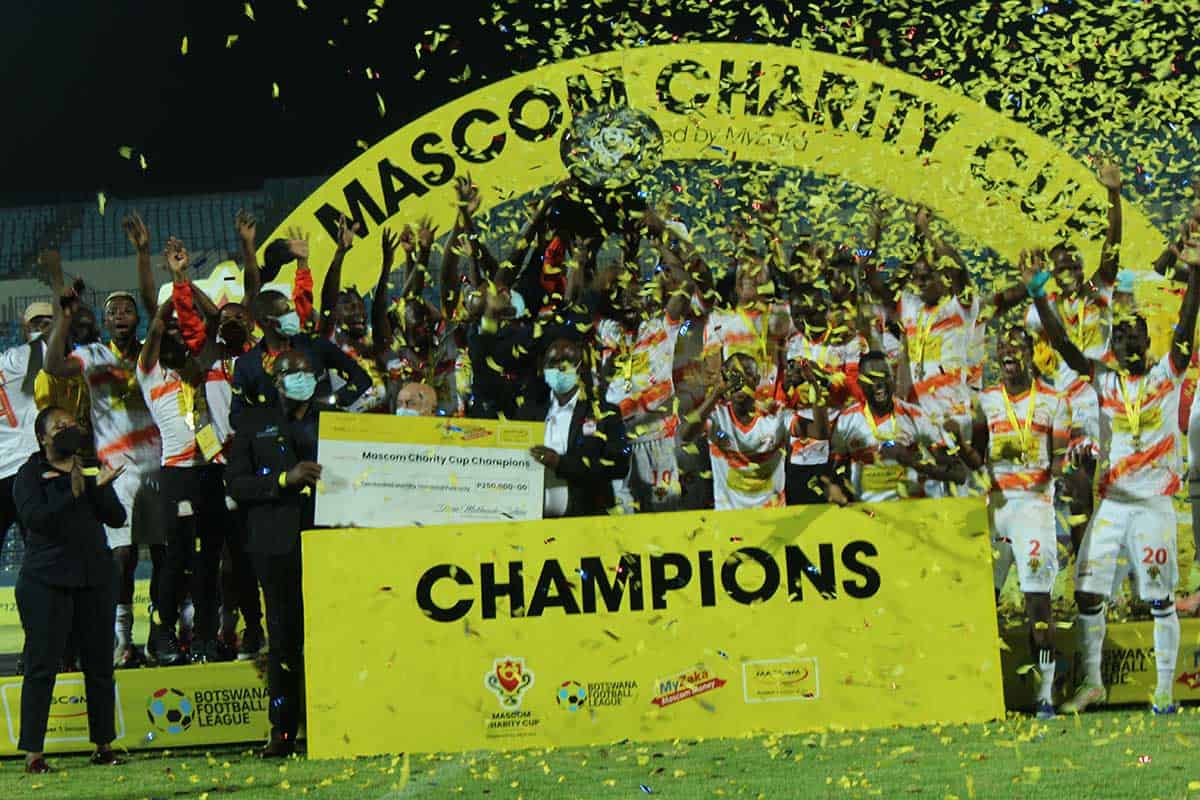 It was meant to be a sporting spectacle at the home of football.

However, at around 0830am, only club officials, Mascom logistics teams and eager journalists could be seen running around Obed Itani Chilume stadium.

It was evidently clear when Security Systems and BDF XI kicked-off the first semi-final at 10am that there’d be no bumper crowd for the inaugural Mascom Charity Cup tournament, a rarity in Francistown.

Various factors were thrown about as to why the competition attracted such a disappointing attendance.

The calibre of teams in the finals, particularly Systems and BDF XI, who have never been crowd pullers, was one of the reasons blamed for the paltry turn-up. Franco’s epic Soul Fill Up show was touted as another reason why many fans stayed away. 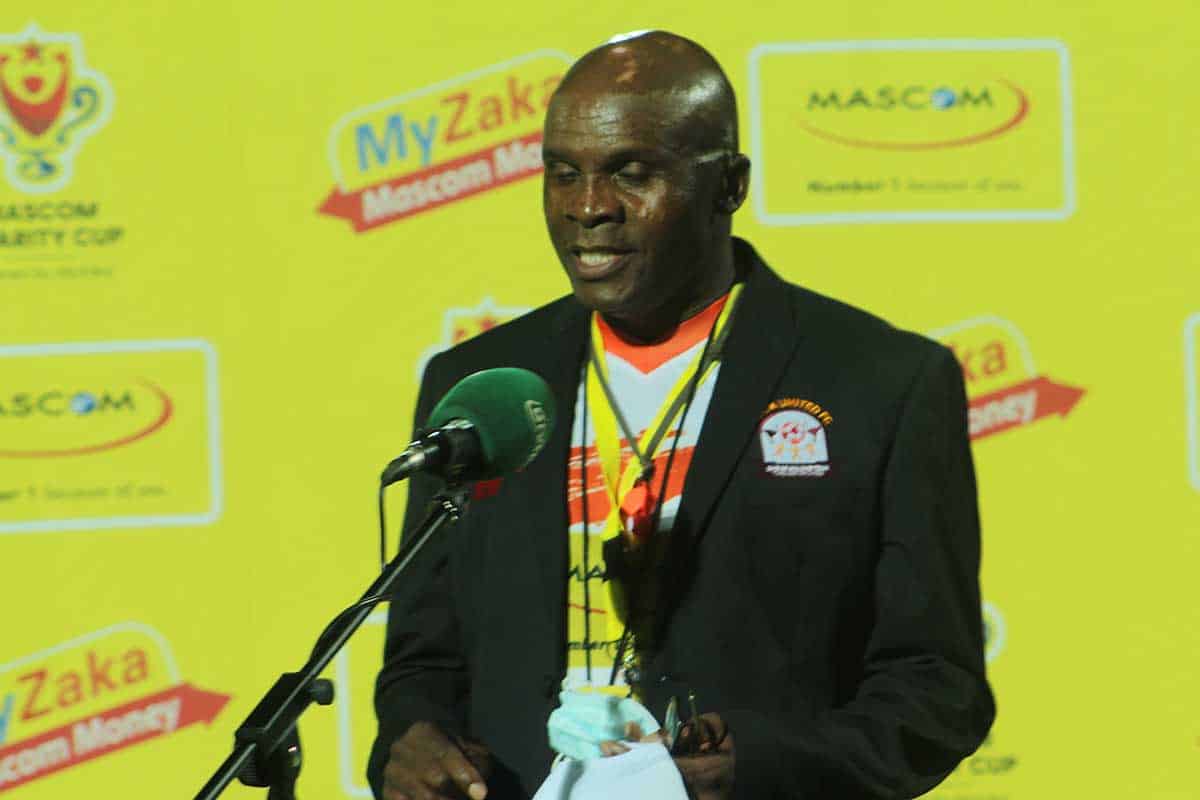 To others, it all boiled down to the absence of what is generally believed to be two of the biggest clubs in the country.

“You can’t have a charity cup without Township Rollers or Extension Gunners. It’ll never be a success,” quipped one fan.

I, on the other hand, couldn’t stop thinking (wishfully admittedly), if only Tafic was competing here.

For Systems and BDF XI fans, though, the criteria was simple; all one needed to do was vote for the team they support, and the one with the most votes won their berth in the cup.

“We’re not bothered by such comments. We’re here on merit,” said Zane Morotsi, a tongue in cheek comment as he made his way to the western stand to join a small but raucous group of Security Systems supporters.

And unbothered they were. For such a small crowd, they went toe to toe with a well-drilled BDF XI choir at the southern stand.

As more football fans trickled in, Orapa United settling next to The Alarm Boys, and Gaborone United occupying seats right next to the spirited BDF fans, the mood in the stadium changed. 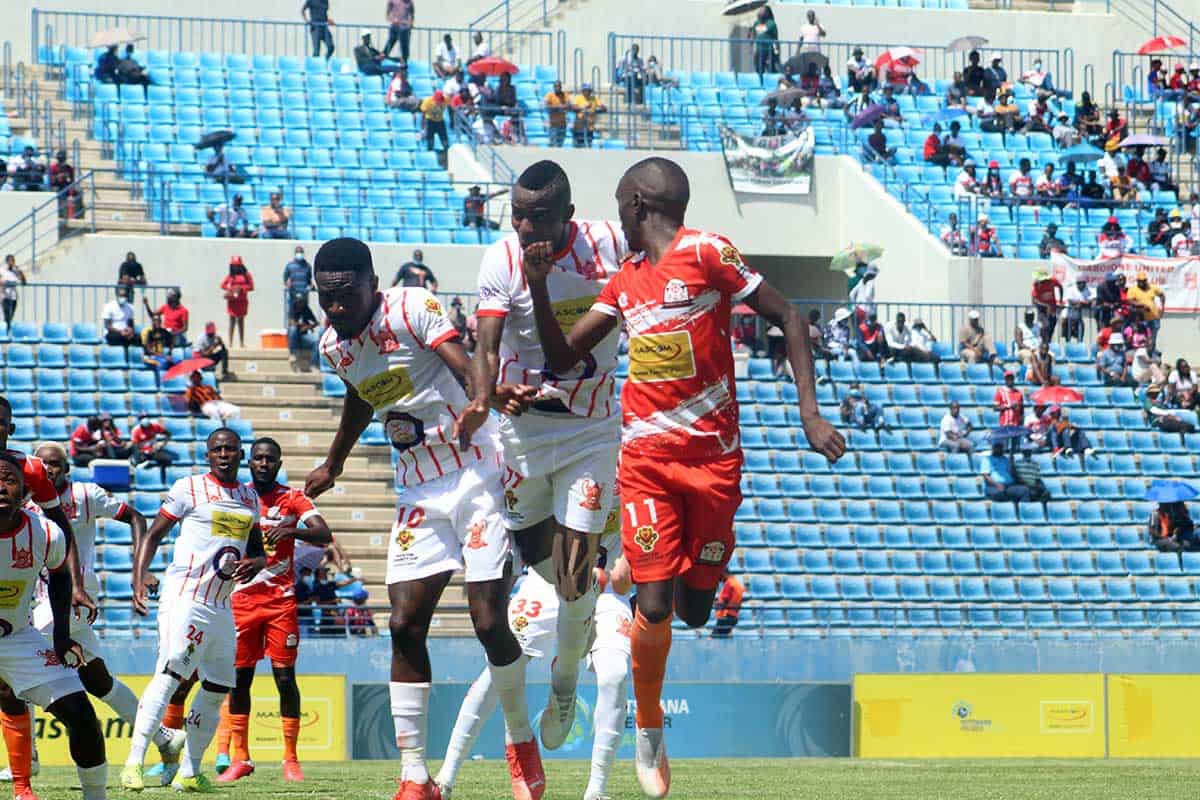 HEADING FOR GLORY: Orapa cause an upset by knocking out GU

A few moments later, the soldiers opened the scoring on the 35th minute, through Godfrey Tauyatswala. Systems, who had been sitting deep, were immediately spurred into action, piling pressure on the Army Boys. Their persistence was rewarded in the 77th minute when substitute, Poloko Nkalolang, drilled a header into the net.

Both teams then crawled back into their shells, winding down the clock to take the match to a penalty shootout. The guards proved too slick for the soldiers, disarming them 4-3 in the ensuing shootout to progress to the finals, awaiting the winner between Orapa and GU, whose match was up next in 30 minutes.

The second semi-final promised to be a cracker from the very first whistle.

Both teams carved out numerous openings in the early exchanges, only to be let down by a lack of composure in front of goal.

It was, however, Orapa who found the first opening on the 38th minute through Lemogang Maswena. While they’re good offensively, GU looked vulnerable without the ball, and Maswena brilliantly exploited space behind the defence. Indeed, a clinical finisher would have buried GU in the first half.

The tie also fizzled out and was decided on penalties which Orapa won 5-3.

The final was scheduled for 1730hrs, and for three hours, fans who had braved the scorching heat were treated to a lukewarm performance by Eskimos.

The Kwaito-Kwasa group’s appearance served more as an irritant than entertainment for most football fans.

It was at this point that supporters began filing out of the stadium to nearby bars and liquor stops, while others went to the parking lot to knock back a few cold ones.

“Organisers should have made arrangements for this three-hour gap. They needed something to keep fans in the stadium, even Francistown Sunday soccer teams would have filled this gap,” observed one scribe.

All the disappointments and the nagging questions were soon forgotten as the two finalists marched into the stadium side by side, displaying precisely why they call it the beautiful game.

It took Mpote’s side just 28 minutes to break the deadlock through Kelvin Bingala’s powerful shot from the edge of the box.

The goal sucked the life right out of Systems, and they never managed to shift up a gear. This played right into Orapa’s game plan.

Any sign of life by the Alarm Boys was quickly snuffed up until the final whistle. The Ostriches held on to clinch their first silverware of the season and the P250,000 prize money that came with it. 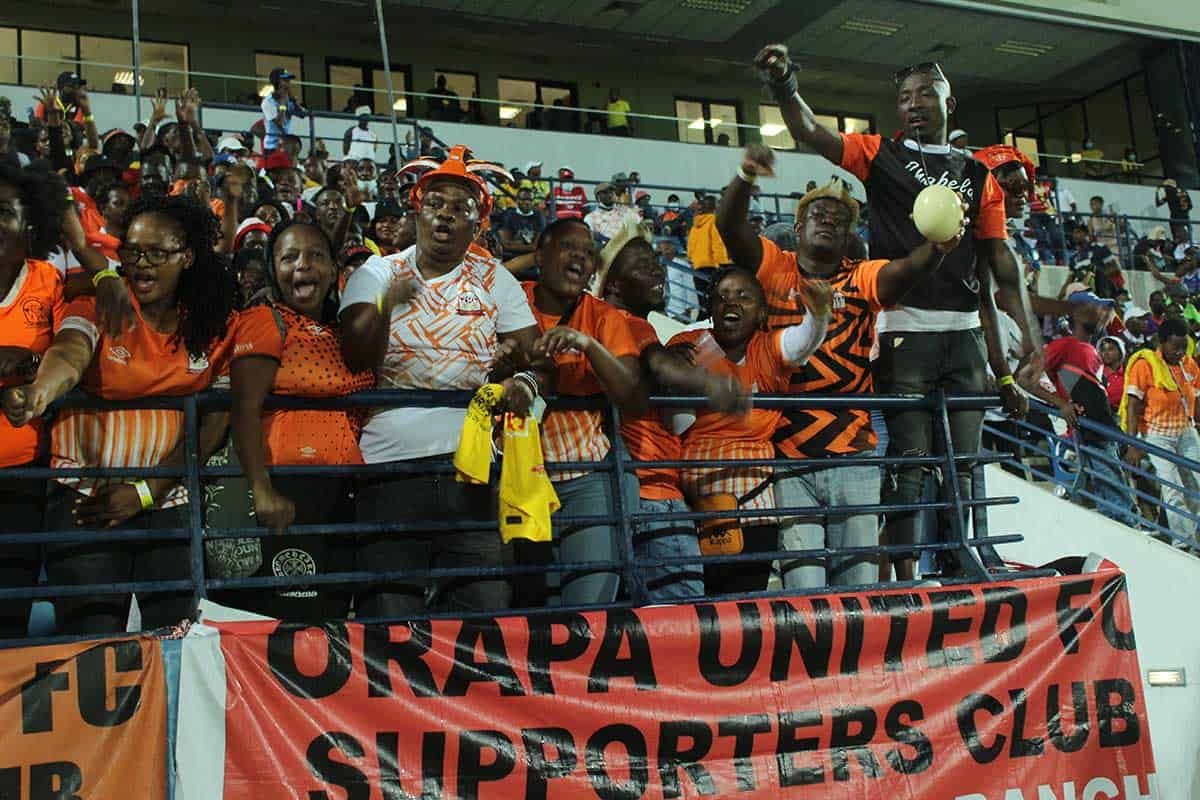 In a brief interview, Coach Mpote hailed his side’s performance and dedicated the win to football lovers in the northern region.

“In the absence of Tafic, Orapa United carries the hopes and wishes of football lovers in the north, and I know they’re celebrating this win,” he declared.

The diamond-mining team, who have now won four cups in four years, went on to dominate the individual awards.

Shot-stopper, Lesenya Malapela, was named Best Goalkeeper and pocketed P6,000 for his troubles, while midfielder, Tapiwa Chrispen Nyamanjiva, was named Player of the Tournament and walked away with a cool P15,000.

Despite all the missed opportunities and near misses, there was perhaps one constant in the tournament: the BDF XI Choir that captured the hearts of many.

Even after their team was eliminated, like soldiers, they took it on the chin and attended all matches, making the loudest noise in the process and creating an awesome atmosphere.

They made a good case for BDF to be in the tournament, and in the process convinced me that indeed the minority can rule!