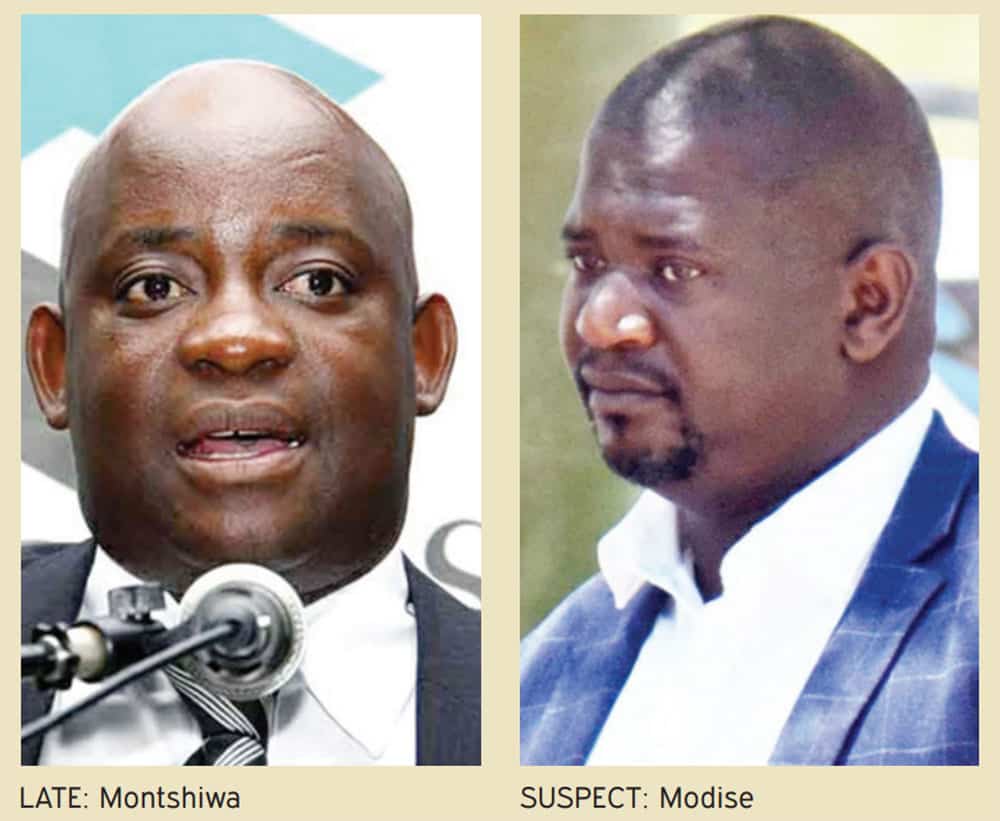 Not long ago his two suspected partners in crime turned state witnesses.

Modise is charged with the murder of the late Fairgrounds Holdings CEO, Michael Montshiwa who was shot dead on the 18th of October, 2015 at his house in Phase 2, Gaborone.

The young lawyer’s co-accused who is also his friend, Tumelo Tshukudu and Bampoloki Seiso, a traditional doctor are now expected to testify against him in court.

So far evidence unearthed by police investigations has indicated that between June 30 and October 17, 2015, Modise who was Montshiwa’s attorney withdrew about P245 000.00 from Montshiwa’s Trust account.

According to the Investigating Officer, Detective Senior Superintendent Sergeant Marapo, the money was entrusted to Modise for the purchase of a plot for Montshiwa in Mogoditshane.

Investigations further suggest that Modise was the last known person to communicate with Montshiwa, just minutes before the CEO’s fatal shooting. Modise is also facing another charge of stealing by agent.

It is alleged Modise bought a gun similar to the one used to shoot and kill Montshiwa from Seiso on the 17th of October, 2015 with the assistance of Tshukudu for P2, 500. Tshukudu allegedly confessed to the police that he went to Mahikeng with Modise on two occasions in an attempt to purchase a pistol from one Wilfred Mpolokang for self-protection. Court papers allege that Tshukudu referred Modise to Seiso, who was selling a 30.06 rifle. The court also heard that the rifle was sold in Gaborone West and was handed to Modise on the day Montshiwa was gunned down.

On Saturday, prosecution was supposed to submit an amended charge sheet with Modise as a sole suspect and Tshukudu as a state witness.

Modise’s lawyer Jabu Oteng told court that he did not agree with client on certain instructions and therefore asked court to give them time to discuss and reach a conclusion.

However Justice Kebonang did not agree with his request indicating that the case has dragged on for too long and Oteng therefore opted to withdraw his services.

In the previous mention, both prosecution and defence had agreed to hold trial on weekends after Justice Kebonang told them his schedule was tight.

In the end, Justice Kebonang ordered that the registrar find another lawyer for Modise and set February 28th, 2022 as the next date for status hearing.