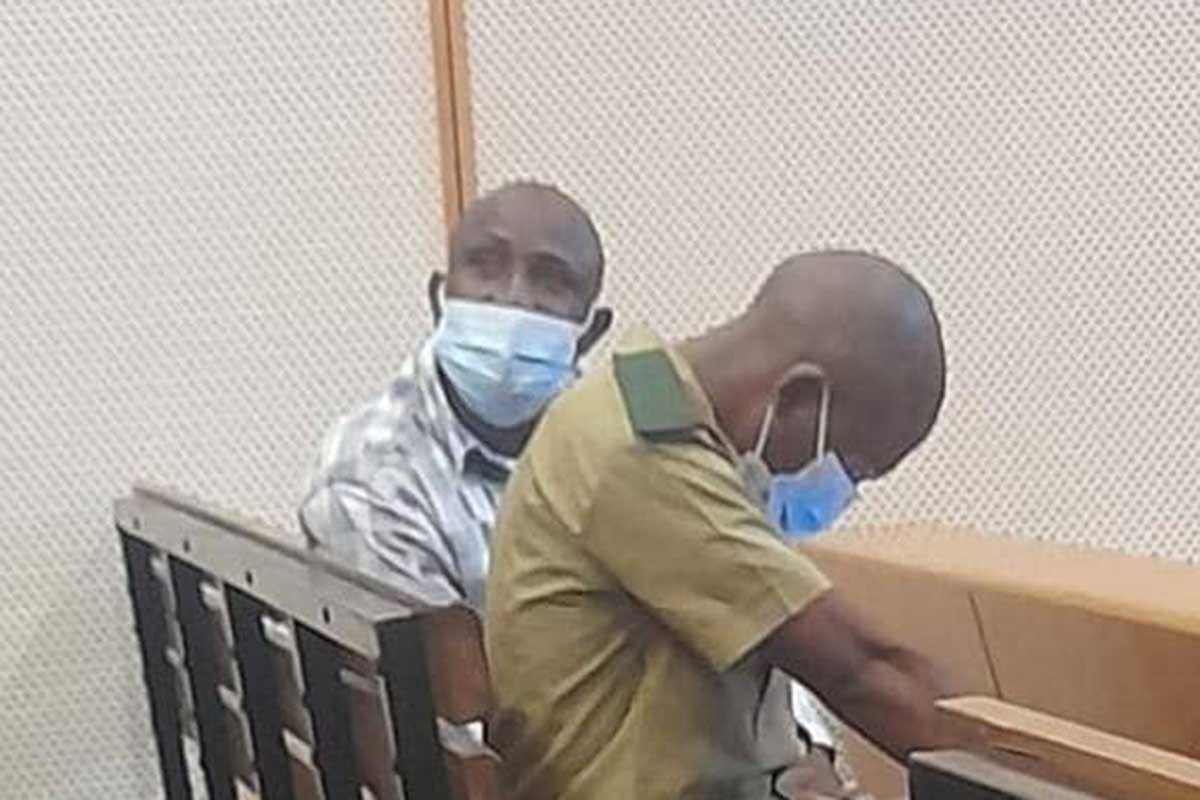 Maun Magistrate Court has on Wednesday sentenced a 45-year-old Maun man to two years imprisonment for allegedly wounding his girlfriend’s mother with a sharp object.

According to Magistrate Keneilwe Kgoadi, Tirelo Kgomotso Dotora needed time to rehabilitate and work on his anger management in jail.

“The circumstances under which the offence occurred, according to the witness, was quite gruesome and seemed to have been perpetrated by a very aggressive and disrespectful manner which the accused person displayed always during trial and other proceedings” said Kgoadi.

Kgoadi further told Dotora to count himself lucky as the victim did not sustain any life threatening injuries .

“The accused person should count himself lucky as the complainant, who is physically elderly and fragile, is still alive,” added Kgoadi.

Dotora, in his written submissions, pleaded with the court for a suspended sentence stating that the complainant did not suffer much from the injuries as she was treated and discharged the same day.

He further revealed that he owns an electrical company which currently has two employees who will become unemployed if he was to be sent to prison.

Dotora also stated that the same company has recently won a tender of wiring some houses in Gxhabara where he intended to create employment opportunities for the youth.

He went on to state that he is a sole breadwinner for his girlfriend and his daughter.

The court ruled that Dotora was never remorseful to the complainant or for his actions and that he was in fact most of the time rude to her, but he was rather more concerned about his company and losing tenders.

The accused person needs time to be rehabilitated, therefore he is sentenced to two years imprisonment, one year wholly suspended for three years.

The sentence is to be back dated to 21st March, 2022 when he was remanded in custody pending finalisation of the matter.

The background of the matter is that on the 9th of May, 2021 Dotora, who was at the time going through a break-up with his girlfriend, Enamile Olebogeng, came unannounced at her place where she lived with her family.

It is said that a fight ensued between them and Dotora took out a sharp object and stabbed her in the left arm and shoulder.

When her mother, Maikgantsho Olebogeng, tried to intervene Dotora stabbed her, too, before he fled into the darkness of the night.

The matter was reported to the police and the victims were taken to Letsholathebe Memorial Hospital where they were treated and discharged.

Dotora was later arrested and charged with two counts of unlawful wounding, with another count being withdrawn when Enamile refused to testify against her man.