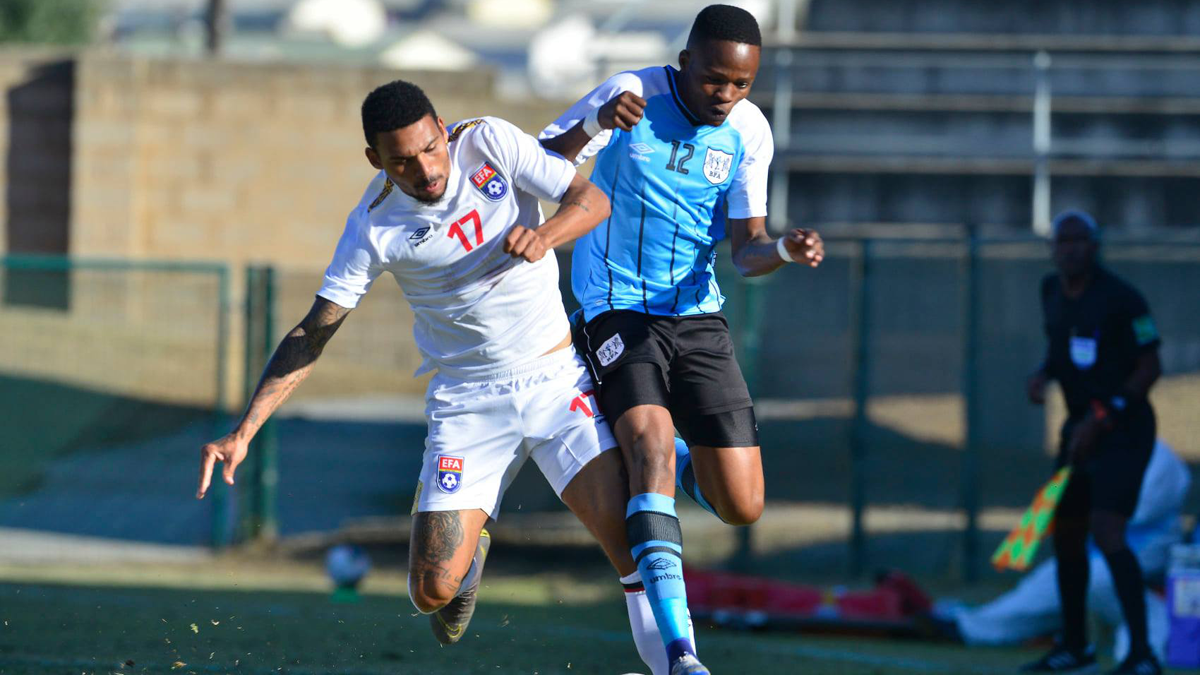 After falling short in the Council of Southern Africa Football Associations (COSAFA) Plate final against South Africa on Sunday, the Zebras attention now turns to the African Nations Championships (CHAN).

Teenage Mpote’s troops will be looking to replicate the routine 2-0 victory they managed against eSwatini last Sunday when they once again take on the King’s Shield at the Obed Itani Chilume stadium this Saturday.

It will be a much changed side that lines-up against the Swazis for the first-leg in Francistown, with Coach Mpote set to ring the changes.

He has released 17-year-old Eleven Angels sensation, Monty Enosa, Bame Morwalela, who scored the opening goal in Friday’s victory, and Kitso Mpuisang, 24. All three picked up niggles during COSAFA and are under the doctor’s observation. The quartet of: Kaone Bogosi, Thabang Khuduga, Thero Setsile and Mothusi Johnson have all been called up to the squad, adding some much needed beef.

Speaking to Voice Sport, Mpote revealed the boy have been working hard on their finishing in training, with a lack of a clinical edge upfront painfully evident during the COSAFA campaign.

“I think that it is the area we need to improve. If we can finish the chances we create we will score many goals. eSwatini is a good opponent, too quick going forward but we managed to contain them during COSAFA. We need to work on cutting their midfield supply. COSAFA has helped us in terms of preparations for the next competitions. Our young players also gained exposure as I made sure I give them a chance to play,” said Mpote, stressing it was vitally important to win the home leg, with the return fixture set for 31 July in Johannesburg.

Reflecting on what he called a successful two weeks in South Africa, which ended in a 2-1 defeat at the feet of Bafana Bafana, the Coach said he was delighted at his young players’ response to his tactics.

“It shows we are on the right track with development!” he declared excitedly.

Meanwhile, tickets for the 1600hrs game in Ghetto are sold at P30 grand stand, while it’s P20 everywhere else including Panda, although the first 200 tickets for that particular stand are available for a 10 bucks special. They can be purchased at Liquorama outlets in Galo Mall and Sunshine Plaza.