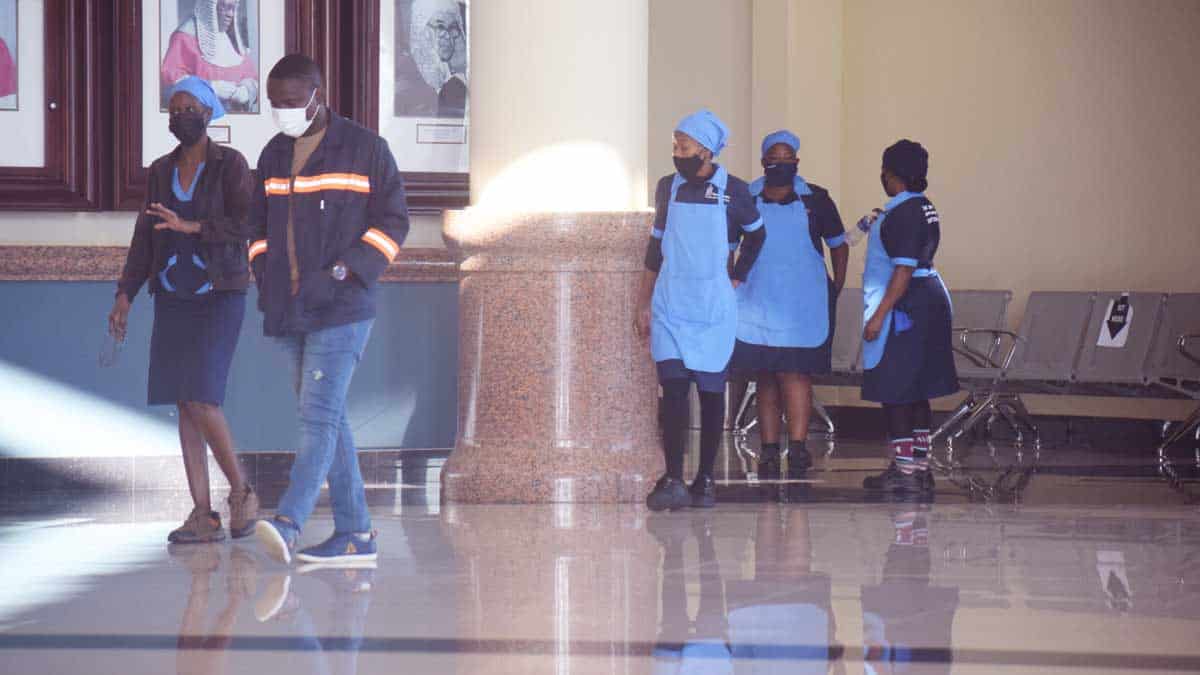 In an incident that left many High Court staff members concerned and worried, Judge Zein Kebonang’s office walls were on Monday smeared with a substance which many described as traditional medicine or muti.

The incident is currently the talk of the High Court as the security of judges is being discussed once again.

While Judge Kebonang could not be drawn into commenting on the matter when reached by The Voice last week, a source close to the matter told us that the incident occurred last Sunday when Kebonang made an impromptu visit to his office.

“When the judge opened his office, it reeked of traditional medicine and was smeared with a black substance on the walls,” the source revealed.

Asked to explain further, the source says the judge then called one of the staff members to explain what was going on in his office. One of the cleaning staff memners told the judge that in fact it was not the first time she had seen muti in his office but she usually cleaned it out before Kebonang could come in and see it on Monday.

Asked if there were any suspects, our source said, “A few names were brought in because one of the suspects was caught red-handed by the cleaning staff, so, yes a suspect’s name has been brought forward and the office is dealing with the matter.”

Meanwhile, the High Court, through the Public Relations Office and the Registrar of the High Court, said, “It is true that some substance was found sprayed on the walls of the judge’s office. We do not have the institutional capacity to determine whether it was muti/witchcraft or not.”

In this article:‘Muti’ in high court Judge’s office