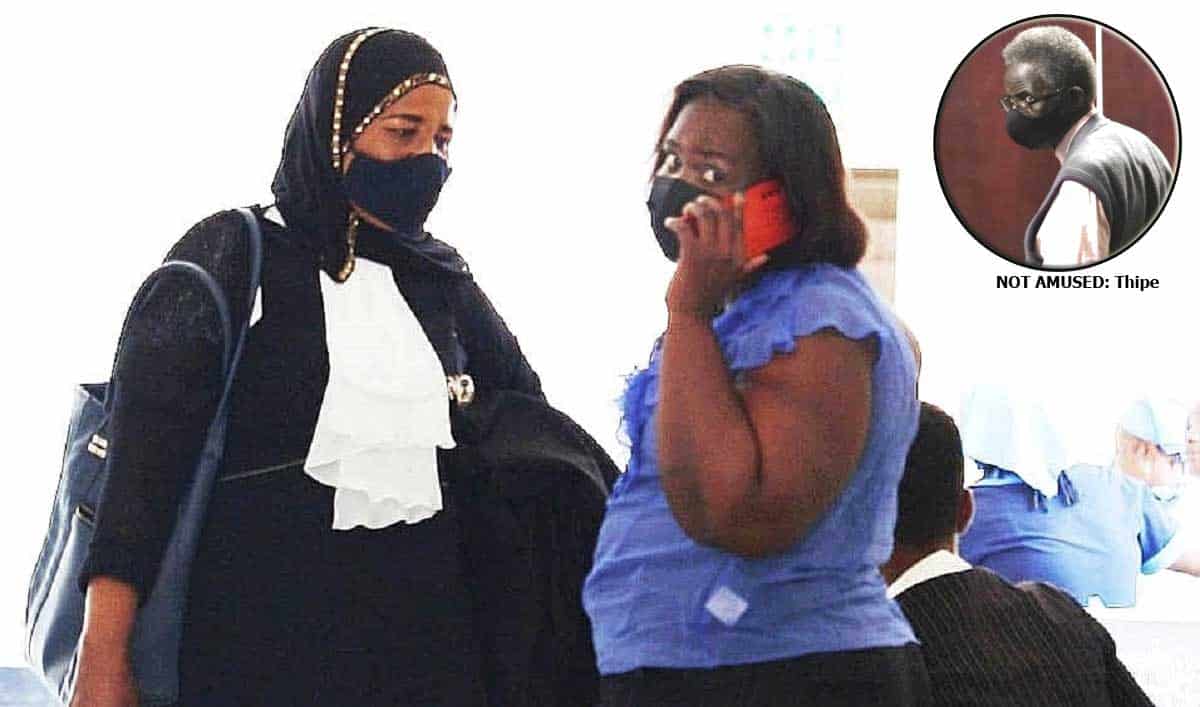 A divorced father in a bitter property dispute, has told a Gaborone High Court that he was surprised at his daughter’s lack of intelligence, describing her as “brainless” following her testimony a few weeks ago.

Maano Thipe (76) and his wife Margaret Thipe (71) are embroiled in an acrimonious property dispute and their daughter, Wangu Thipe (50), recently testified that in February 2013, her father approached her to pay for the family house that was facing repossession by Botswana Housing Corporation.

She said they agreed that the house would be transferred to her name.

However, she learned after paying over P30,000.00 for arrears and outstanding rentals that there was someone who was already buying the house.

She then stopped the payments. The house is in Gaborone’s Block 9 and has been sold to another person.

When the case resumed this week, Thipe told court that he was not impressed that his daughter never communicated with him her displeasure with the arrangement.

He said that he wrote a letter to BHC to have the house transferred to Wangu, but he does not know why that never happened or why the letter never reached the BHC authorities, but he only learned that Wangu made the payments as recent as in the current matter.

When asked whether Wangu ever communicated her displeasure, he responded that “My daughter is brainless” for stopping the payments without telling him about a stranger who phoned him claiming to have paid a deposit for the house.

But Justice Zain Kebonang ordered him to control his temper and show restrain equal to his daughter’s conduct of mutual respect.

Pressed further on what happened to other plots in Francistown, he said he did not remember a lot of things.

He said he paid P1 800 as deposit for one plot and that it was never transferred into his name.

Although documents show that he wrote and signed an affidavit, attached a certificate of transfer from Deeds Records, he said he does not remember how all that happened.

Thipe said he was allocated another plot by the city council whose documents show it was transferred to a certain Elizabeth Heneer as a donation.

He said he does not know how on earth anybody would donate such property and disowned any documents that bore his signature.

Thipe said the Francistown plots that he acquired were subsequently repossessed by the City Council and that all he remembered was that he signed for transfer to council and not to another person.

He also denied instituting divorce proceedings against his wife stating that; “I did not divorce anybody, I was divorced. She deserted me after I suggested that we sell the house (Block9) and move home to Sebina”.

Thipe further told court that BHC were on the brink of repossessing the house and that he sold it after their divorce.

The aged couple that got divorced in 2013 after a 40-year marriage is fighting over division of their property.

Thipe argues that they were not married in community of property, while Margaret maintains that was their marriage regime.

Some of their disputed property is in Sebina and Palapye.

The matter continues on Tuesday.