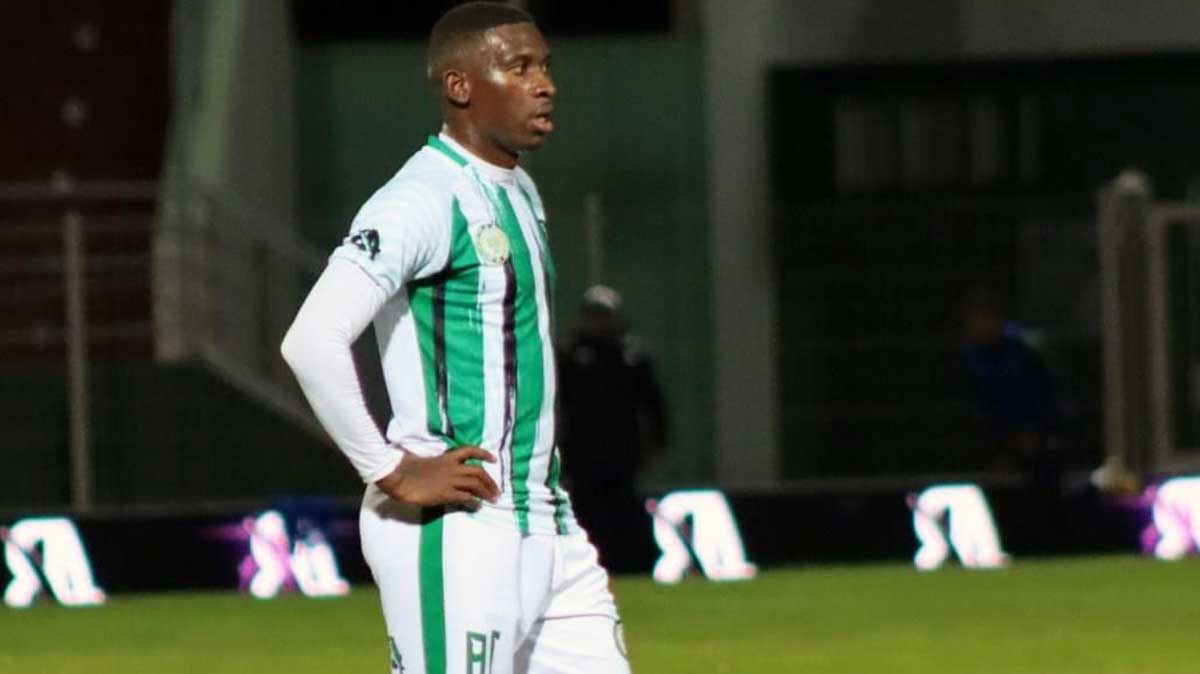 THE WORLD AT HIS FEET: Orebonye has big plans

Moroccan marvel shoots for the top

Nearing the halfway point of his three-year contract with Moroccan side, Olympique Club de Khouribga (OCK), local goal-poacher, Tumisang Orebonye, is desperate to leave a lasting legacy in North Africa.

The 25-year-old striker is already somewhat of a cult hero among OCK fans, having helped fire them to promotion and the Botola 2 title in his first season with the club.

The former Township Rollers hitman managed six goals and five assists in 29 outings that season – decent, but hardly the stuff of legends.

Orebonye is confident he can improve on these numbers.

“I believe everything is going well for me even though I struggled for game-time in the early stages of the campaign last season. I worked hard to cement my place in the starting 11 but I did not get enough goals as one would have expected as I was still acclimatising to the new environment,” the Palapye native told Voice Sport in an exclusive interview from his base on the very tip of Africa, over 7 000km away.

The league is currently on a midseason break, with the national team fighting for AFCON glory in Cameroon, seeing off Malawi 2-1 on Tuesday to secure a place in the continental tournament’s quarter finals.

OCK have not played since 30 December, when Orebonye put in a man-of-the-match performance, scoring both goals in a 2-1 victory over 3rd placed, FAR Rabat.

The brace doubled his tally for the season. However, four goals in 15 games is still worlds away from the impact Orebonye plans to make.

“I am looking to establish myself as one of the best foreign strikers to have ever played in Morocco. I know it is going to be difficult but I am willing to work hard to achieve those goals!” declared the young goal-getter, who joined OCK back in November 2020, alongside fellow Zebras, Kabelo Seakanyeng, 28, and Simisani Mathumo, 30.

While the adventure ended early for Mathumo, the defender’s time in North Africa cut short by injury, Seakanyeng in particular has thrived.

Indeed, backed by experience of playing in both South Africa and Azerbaijan, the wily winger’s exploits have slightly overshadowed Orebonye’s efforts.

The burly striker is ready to rise from the shadows, telling Voice Sport he actually finds playing in the Moroccan top flight easier than the second tier.

“Botola 2 was the most difficult, as all teams wanted to be promoted to the elite league. There were no underdogs, any team could win on their day but we worked really hard to emerge victorious.”

As for life after OCK, when asked if he would be eying a move to Mzansi, Orebonye responded, “It is every player’s wish to play in SA but I am happy where I am at the moment. I will think about that once I am done this side.”

Currently in his prime, he turns 26 in March, the hungry forward has unfinished business in Morocco first!