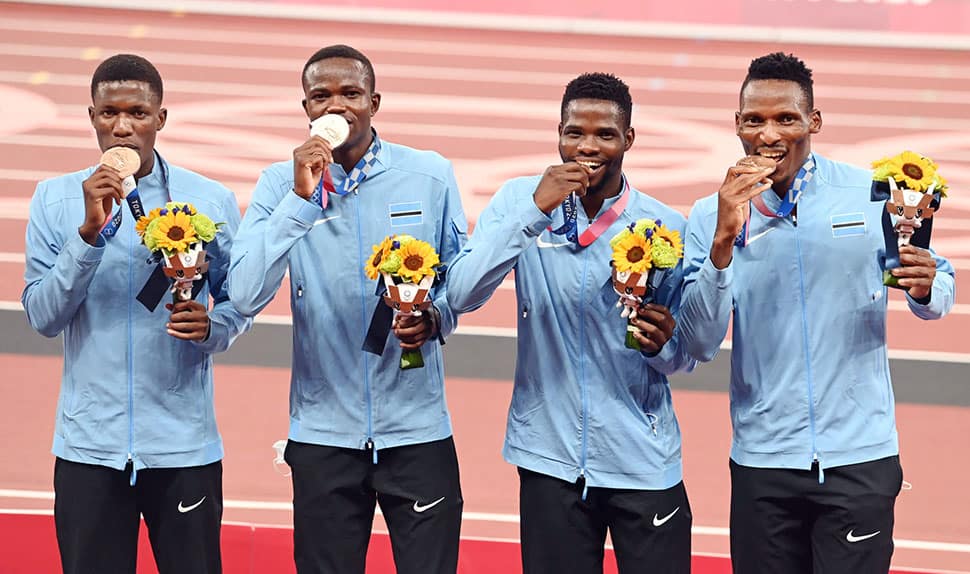 The recent announcement of the 2024 Olympic Solidarity Scholarships by Botswana National Olympic Committee (BNOC) has raised eyebrows after some elite athletes were omitted.

This has thus caused divisions among athletes since some are now seeking answers on why they were left out and questioning the criteria used. Already, some athletes have vented out their frustrations and are not happy with the way things have been done and feel hard done by the local Olympic Committee.

Olympic Solidarity funding offers potential athletes across the world a four-year scholarship ahead of the next Olympic Games for preparations towards and qualification for the Paris 2024 Olympic Games.

However, the omission of the likes of Zibani Ngozi, Naomi Ruele, James Freeman, Karabo Sibanda, Keamogetse Kenosi, Magdeline Moyengwa, Karabo Kula, Bakang Ebudilwe and Gavin Mogopa has raised eyebrows since they are some of the athletes who have a greater potential going into the future.

What’s even shocking is that Ebudilwe, Kula and Moyengwa were enlisted in the wild card benefit for the last 2020 Olympics and were earmarked to form part of the team built for the 2024 Olympics in Paris, France. So are Ruele, Freeman, Kenosi and Mogopa, who were in BNOC’s plans in the build-up to the 2020 Olympics, therefore the expectation was that the local Olympic Committee would opt for continuity.

“I’m still asking myself what I have done wrong to be left out. I’m trying my best to put food on the table but they keep pushing me out always. Why me? I think there is someone behind this and I still have questions for BNOC,” lamented one concerned athlete.

Kenosi made history becoming the first woman boxer to qualify for the Olympics in Botswana therefore her omission has sparked curiosity on the selection criteria. In addition, while the majority of the 4x400m men’s relay team are beneficiaries, it’s surprising to see Ngozi, who formed part of the team, left out of the scholarships more so that his times were good last year and placed him among the top 4 in 400m.

“As much as some of these omitted athletes did not do well, it doesn’t mean we should abandon them. For a very long time, they have been excelling. It’s just that some got some setbacks due to injuries. We should also take into account the effects of Covid-19; some stopped competing because it was rife. Continuity is imperative but it seems like we won’t go that route. Look how some of these athletes BNOC was vouching for them last year and trying by all means for them to attend competitions abroad, now its shocking that majority of them have been left out of the scholarship,” said a source.

When reached for comment, BNOC Strategy and Business Development Manager, Baboni Kupe, said they will support all the potential candidates who may not have gotten a Paris 2024 Scholarship through any other funding that may be available to prepare and qualify for the Olympics. “All the named athletes are considered potential candidates to qualify for Paris, however, the scholarships were limited to ten. This is in exception of Magdeline, who announced her retirement from sport due to social reasons. Note that during the shortlisting, the IOC criterion is used. Further, for this particular scholarship, preference was given to younger athletes and those who have benefited less (from the same scholarship previously) who are equally eligible for the scholarship,” she said.

Kupe further shed some light on the criteria used to select the beneficiaries of the scholarship. “Matshidiso doesn’t qualify for the scholarship, according to Olympic Solidarity (OS); Kula was not submitted by her national federation (NFs), and Magdeline has retired. Botswana had an opportunity for ten scholarships across all Olympic Sports. A call was made to NFs to submit potential candidates (Nijel was submitted by the BAA). The BNOC assessed the candidates and shortlisted 15 who were submitted to OS from which 12 scholarships were eventually awarded,” said Kupe.

BNSC yet to deliberate on BCF dispute