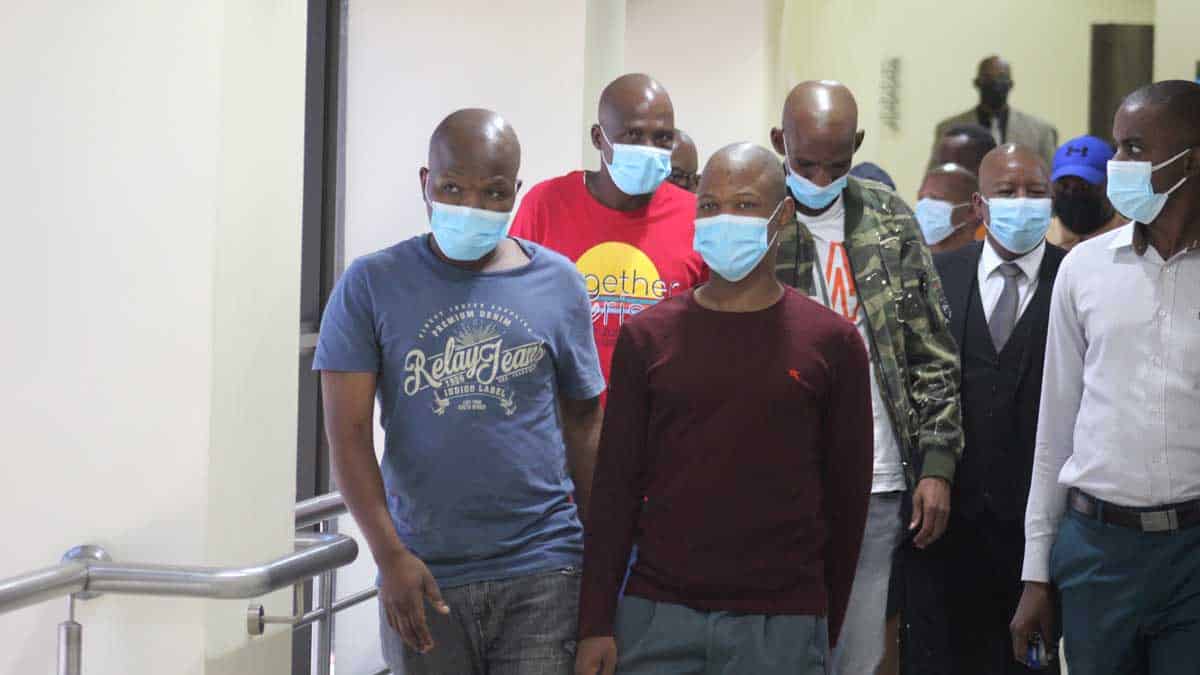 Four men linked to the heist, which occurred at Turn Right Mall in Mogoditshane last October lodged a complaint in court this week citing mistreated and violation of their human right in prison.

They also applied for bail.

The quartet complained that they were placed in cell 11, which normally accommodates condemned convicts on death row.

However Prisons Officer Senior Superintendent Oganeditse Tlhako rubbished the allegations of mistreatment and went on to explain that they have kept the prisoners in the cell to alleviate congestion because it is big and will therefore reduce the risk of Covid-19 infection.

“They are complaining that they are served food by other prisoners while others serve themselves and it is not true. All prisoners are served by the cooks,” explained Tlhako

When applying for bail, Mothusi Alfred Motomela and Thapelo Lekobe’s lawyer, Mantswe said it has been three months since the investigating officers said the investigations are at an initial stage.

He said his clients have lives to live and family to take care of.

“Since October last year, we have not been informed how far the investigations are. We have not been told how my clients’ release will interfere with the said investigations. The state has not produced a single witness statement for at least the accused persons to have an idea of how they are linked to the offences. Those are mere allegations in a form of a charge sheet. Prosecution keeps on justifying their remand. I pray that this honourable court grant my clients bail,” said Mantswe

Meanwhile state prosecutor Farayi Mahwite told the court that the first accused, Motomela has a pending bail application before Judge Dube in Lobatse.

He asked what would happen in the event that Judge Dube turned down his bail application while magistrate court has granted him bail.

Mahwite applied for forensic enquiry in which the accused are to provide their blood samples to assist in police investigations.

Nkosanna Ngwenya, who is the attorney for the other two South African suspects Mzwandile Mazibuko and Ntholephi Elliot Ntshalintshali’s said he would prepare to make their bail application in writing before Wednesday.

Magistrate Ramaphudi ordered that the accused persons provide their blood samples and be further remanded in custody until they are brought back to court next month for their bail and human rights violation case ruling.