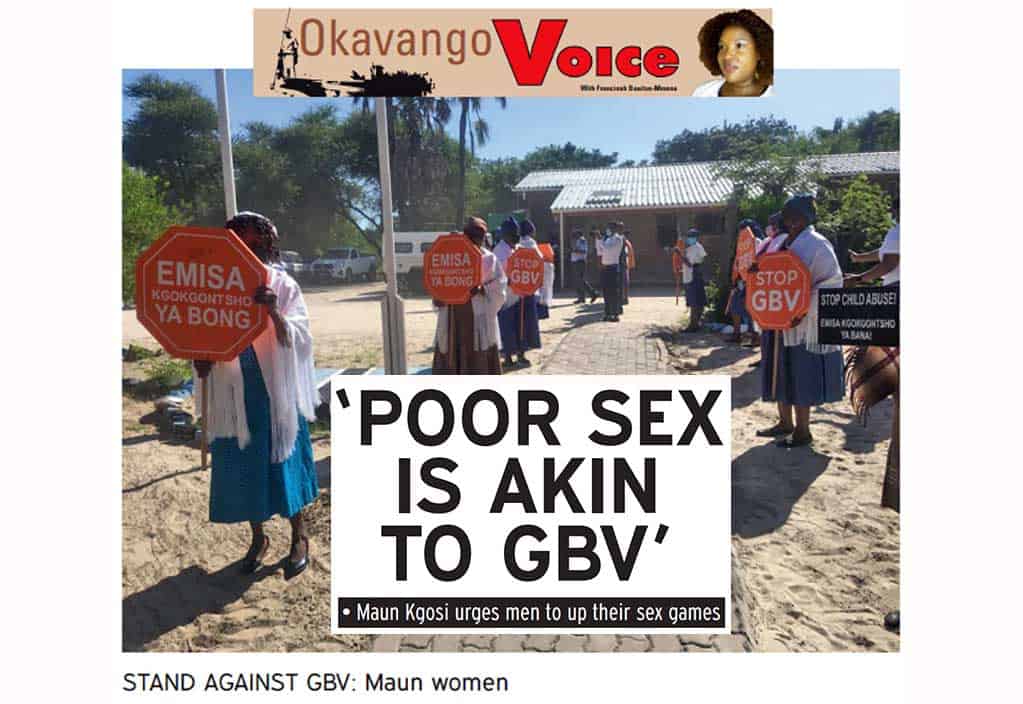 Maun Kgosi urges men to up their sex games

“Men are not mounting their women and we have many of these cases!”

It seems many Maun men are falling short between the sheets and failing to satisfy their partners, with a Kgosi in the tourist town likening this lack of prowess in the bedroom to a form of Gender Based Violence (GBV).

Headman of Arbitration at Moeti ward, Kgosi Cosmos Lelathego, urged his fellow man to up their sex games and give their women the pleasure they deserve.

Speaking at a kgotla meeting called by the First Lady of Botswana, Neo Masisi, on Tuesday, Lelathego said sexual matters are among those that top GBV cases at customary courts.

The Chief further revealed countless frustrated ladies have come before him complaining their men neglect them when it comes to sex.

“Tse dingwe di case ke tsa magosi, dicase di a goroga ko kgotleng ya moeti, bomme ba a goroga ba re kana borre ga ba re palame (Some of these cases reach our customary courts. At Moeti kgotla we have arbitrated cases brought by women. Women are complaining that men are not mounting [having sex] them).”
According to Lelathego, upon consultation, more often than not the men agree just how important it is to ensure their partners are sexually satisfied.

“Ha re biditse borre kana ke sekisa ke re borra kana mosadi ga a iteiwe, o itewa ka tshega, o a dumela hela sentle gore ‘hei jaanong ke tla a go palama mme’ (When we call the man or arbitrate over the matter and say the only cane worthy to discipline a woman is a loincloth, they agree and say ‘hey from now onwards I am going to mount my woman’).”
Insisting better sex can help in the fight against GBV, Lelathego concluded, “Men are not mounting their women and we have many of these cases! 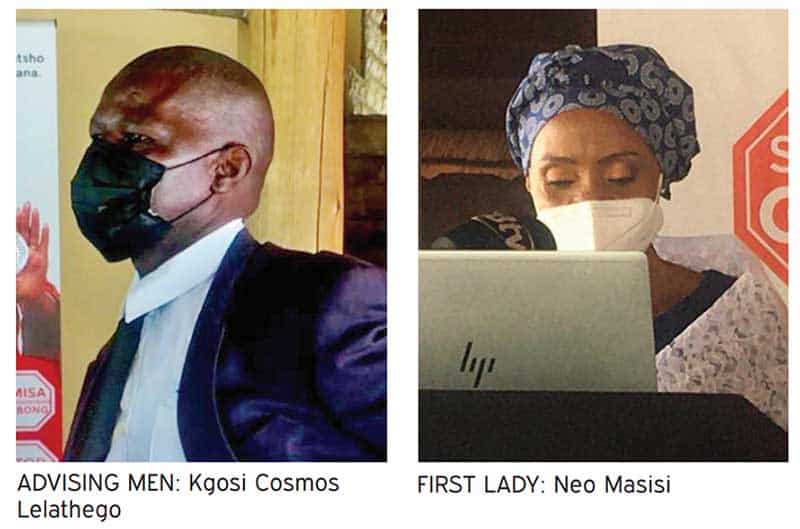 Giving an alternate view on the matter, a concerned citizen, Bernadette Malala argued that most GBV cases are triggered by unfaithful partners with multiple lovers.

“I have noticed that many men cannot be satisfied by one woman and often have three girlfriends behind the wife’s back,” said Malala, adding this was also true of the younger generation, where cheating has becoming increasingly common.
“This causes conflict and fights among young couples,” she noted.

Calling for supernatural intervention and better education on the matter, Malala said, “People have turned away from God and that is where the problem is. Maybe religious education should become a core subject in schools to instil morality in children from a young age.”

Malala did, however, agreed with the Kgosi’s position that denying a partner sex is a kind of emotional abuse.
The First Lady was in Maun on a three-day visit to engage the community over GBV and child abuse matters.
According to the project coordinator, Tshegofatso Maotwe, the Office of the First Lady, through the Organisation of African Ladies for Development (OAFLAD), are determined to address these issues, which Masisi deems a priority in Botswana.

North West district, Kweneng and Gantsi are said to be among the top areas in Botswana where such violence is disturbingly high.

“Let’s make sure that our nation is well informed about GBV and child abuse matters; let’s take this education to our schools because some children even though they are violated, may not know how to deal with such problems. Go into residential homes as some perpetrator may be doing it out of ignorance and let our nation stand against GBV,” declared Masisi, who listed power, financial muscle and culture as some of the underlying causes of GBV.
“It is important to empower women and the girl child so that they can be self-reliant as poverty plays a part in GBV,” she added.

Finishing with a rallying cry, the First Lady called on all members of the community to stand against this unnecessary social ill.

Advertisement. Scroll to continue reading.
In this article:Botswana GBV, GBV, Gender based violence 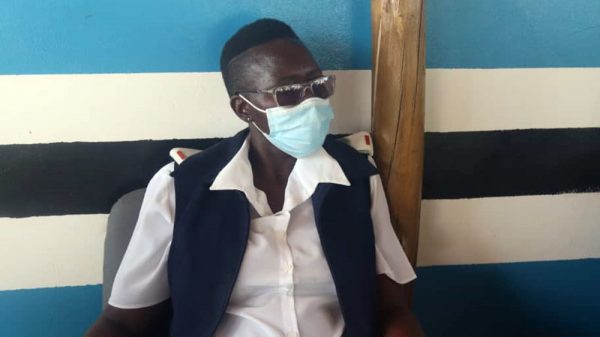 Issues of gender-based violence can be linked to mental illness. This was said by psychiatric nurse at Letsholathebe Memorial Hospital, Jocelyn Wellio during the...

Village Magistrate Lindiwe Makgoro was not amused last Tuesday when a Gender Based Violence (GBV) victim withdrew a threat to kill case against her... Radio personalities, Robbie Rob and Luzboy will come to blows this Friday – but for a good cause. The duo’s eagerly anticipated boxing match...

In yet another incident of Gender-Based Violence (GBV) to further stain the land, a Maun man has been remanded in custody accused of raping... Survivor stands against gender based violence

A gender-based violence survivor, 37-year-old Lebonang Molaletsi has lived to tell the tale. Recounting her constant horrific experience of living with an abusive man... SG Calls for Policy-based solutions The Botswana National Front Women’s League (BNFWL) has joined other movements and institutions on the international campaign to challenge...