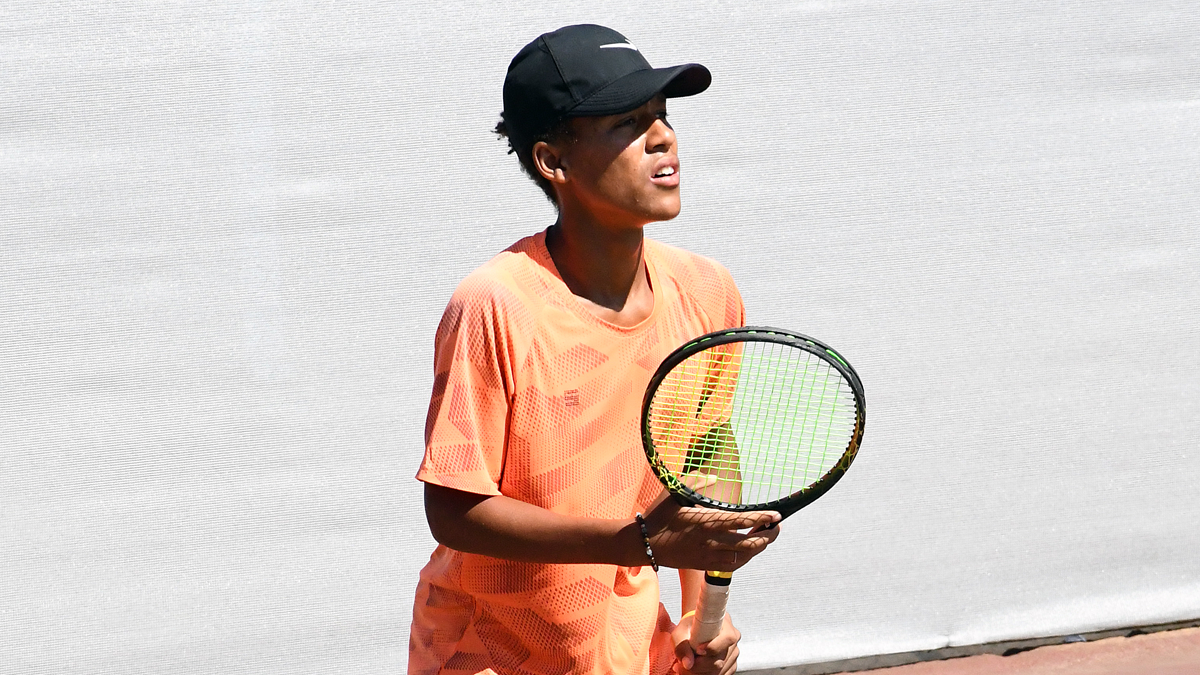 The big-hitting teen, who blew the candles out on his 17th birthday cake in April, was too hot to handle for Rohan Loubser, putting the light out on the South African’s hopes with a 6-4, 4-6, 6-3 win.

The triumph saw Seetso jump 18 places up the junior world rankings, reaching a career high of 282 and edging him ever closer to his top 100 goal.

“My target is to push to get inside the top 100 by the end of year. I believe it is a realistic aim and will guarantee me a place at the Grand Slams,” the determined youth told Voice Sport.

Considered the biggest tournaments in tennis, the four Grand Slams include: Australian Open, Roland Garros (French Open), Wimbledon and the US Open.

Having started the year ranked 647, Seetso’s swift rise up the rankings has been nothing short of sensational; if he continues this form, he has every chance of making it to Melbourne in January.

The youngster showed his intention in February, teaming up with Zimbabwe’s Takura Mhwandagara to win the doubles at an ITF U/18 event in Potchefstroom.

The local lad backed this up with success on home courts in April, putting on a magical display at Notwane to beat Mzansi’s Jordan Georgiev 6-0, 4-6, 6-3.

The South African served up instant revenge a week later, knocking Seetso out in the quarter-finals at an ITF juniors tournament in Gaborone.

Hampered by a long-term shoulder injury, which flared up towards the end of the first set, Seetso was unable to hold a 4-1 lead, the set slipping away 6-4. In obvious distress and forced to serve underhand in the second set, he succumbed to the same score-line.

He seems to have shrugged off the problem, playing flawless tennis to secure success south of the border a fortnight ago.

Next up for Seetso is a trip to Kigali, Rwanda on 4th July, where he will join up with Botswana’s Davis Cup Team. The competition, a Group IV Africa event – the lowest in the continent – takes place on clay, with Team BW coming up against eight other nations: Angola, Congo, DRC, Rwanda, Sudan, Tanzania, Togo and Uganda. Only one will be promoted to Group III.

The tennis ace then heads to South Africa for tournaments in Durban and Pretoria before a JS event back home in August.

His hectic schedule continues with the Africa Youth Games in Cairo, Egypt, scheduled to run from 26th August to 6th September; truly, the next few months will be make-or-break time for the big hope of Botswana tennis!