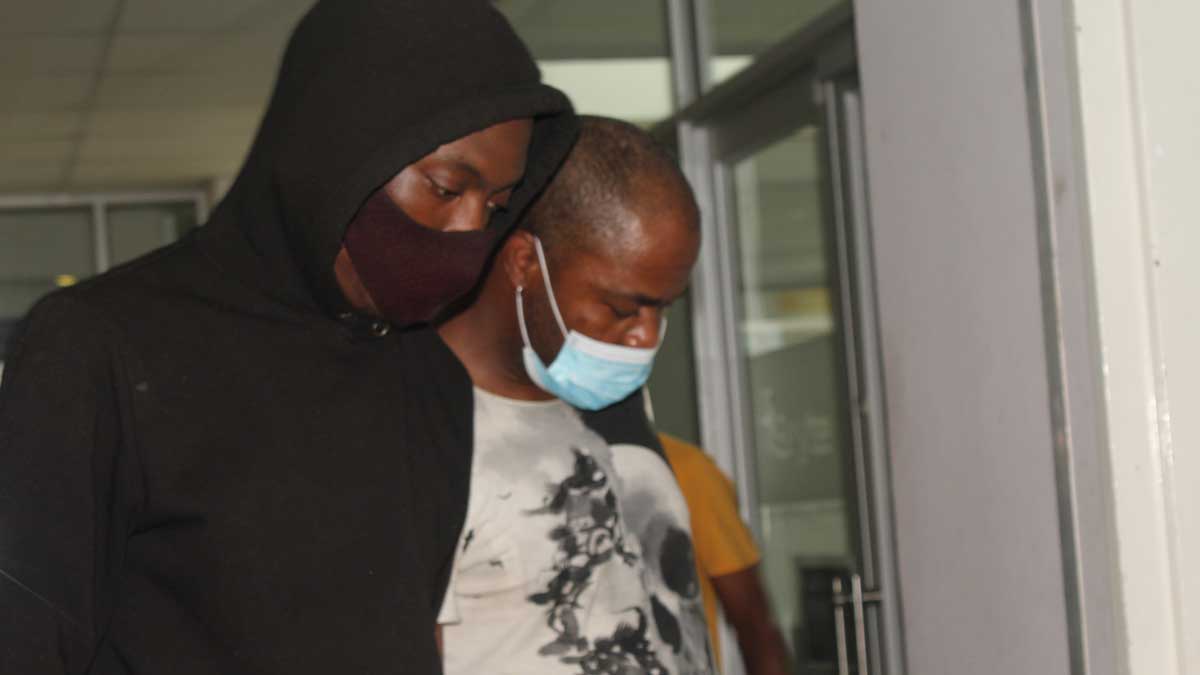 CONTRASTING FORTUNES: Gaopatwe (black hoody) who is out on bail, and Ndimande, who is going to jail for seven years

It was a Friday to forget for three foreign nationals in Francistown last week, as the Regional Court sentenced them to seven years in the slammer.

Pleading guilty to four separate charges, South African duo – Lucky Ndimande, 34, and Sakhile Mkhize, 26 – as well as Zimbabwean, Siphamandla Witness Ncube, 36, were left scrambling for their dictionaries after the sentencing, desperate to find out exactly what ‘concurrent’ means.

Handed seven-year terms for two counts, the trio were relieved to learn they will not spend the next 14 years behind bars, as it was ruled the sentences are to run concurrently – i.e. at the same time.

The men were arrested on 29th October, 2021 at a house in Mosetse village, when police, acting on a tip-off, raided the premises.

They were caught with two firearms and 18 live rounds of ammunition, without having the relevant licenses for either. 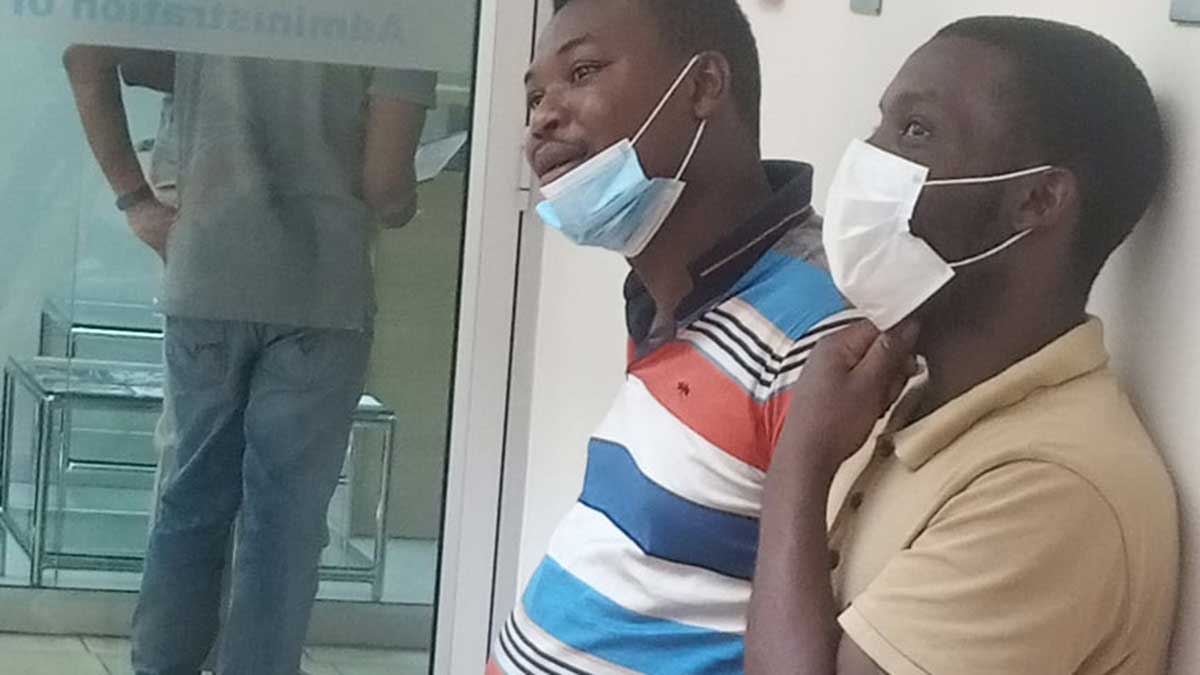 MULLING IT OVER: Ncube and Mkhize

It is suspected they were planning a cash heist in the area.

It was for these two counts that they received seven years each.

The trio also admitted to being in the country illegally, an offence for which they all received P3,000 fines.

They were also charged with being in possession of a stolen black Audi Rs56 with a fake Botswana number plate (B 446 BPC), a crime deemed worthy of a three-year suspended sentence.

Before passing sentence, the Regional Magistrate, Taboka Mopipi, explained that in reaching her ruling, she took into account the accused’s decision to plead guilty, which had saved precious time and resources. 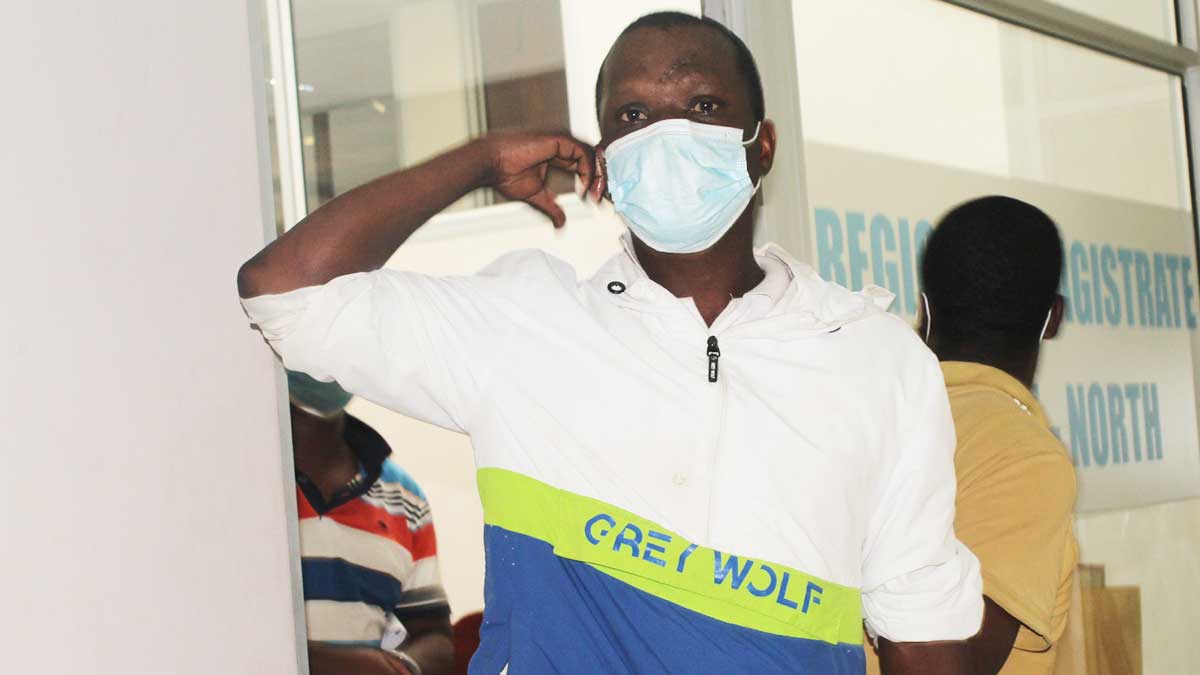 “This shows signs of remorse from the accused persons. They also stated that they are the ones taking care of their families. But it does not mean they should not go to prison because they are a national threat,” noted the Magistrate.

Meanwhile, two other local men linked to the case, 26-year-old Botlhe Gaopatwe and Baliki Kemmonye Gaborone, 36, have not budged from their not guilty plea.

In a previous appearance, Magistrate Mopipi set their bail at P7,000 and ordered they provide two sureties bound to P5,000 each.

In this article:Court Stories, Seven-year stretch