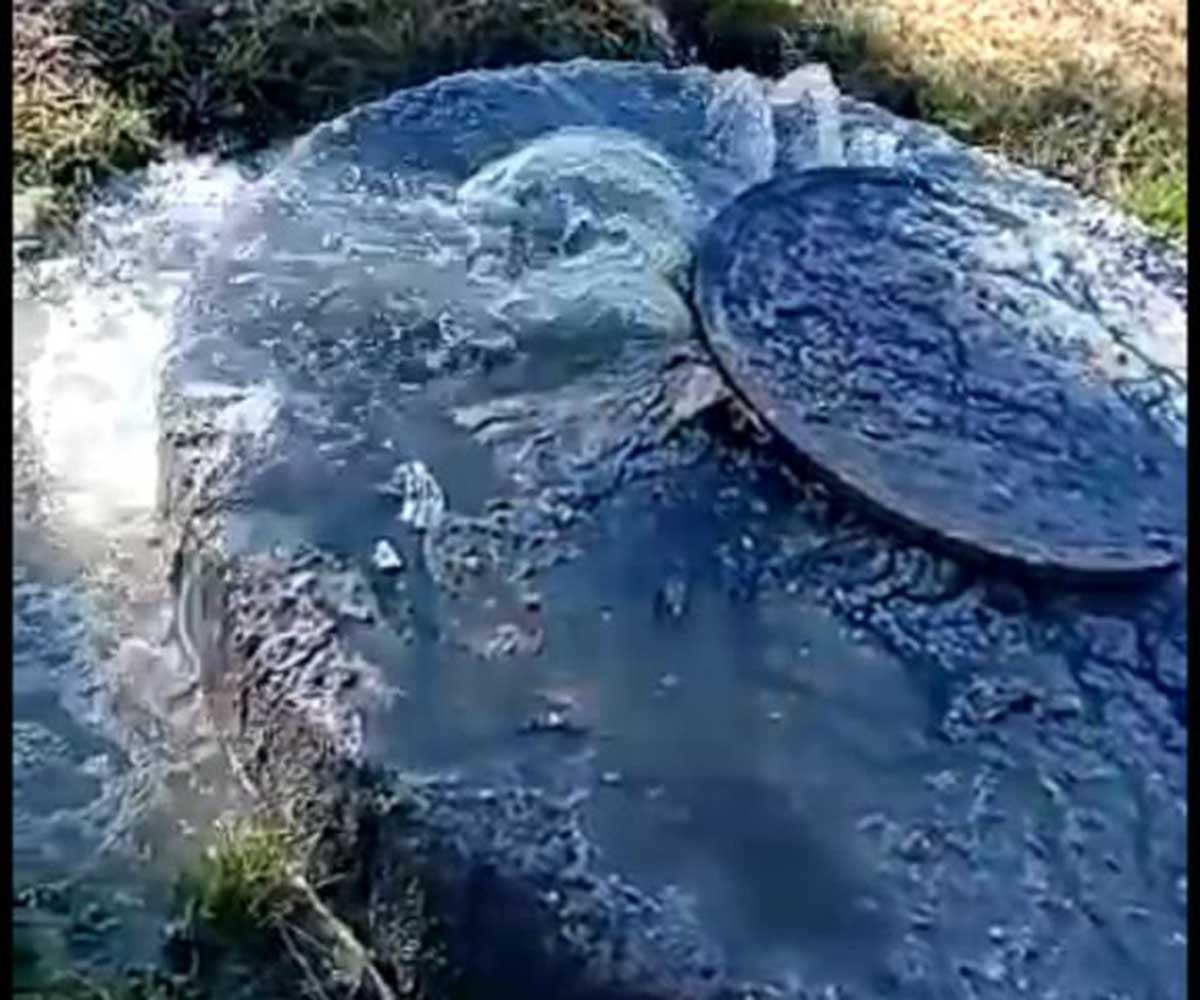 Sewage spills that occasionally bubble up on the banks, and flow into, Thamalakane river are not just a stinking eyesore but also pose a real risk to the public’s health, Maun Administration Authority (MAA) have admitted.

With outbreaks of diarrhoea, especially among children under five, becoming a real concern in the tourist town, MMA are worried the leaks will add to the problem.

“These spills could possibly be a contributing factor, but not necessarily so,” conceded Goitsemang in response to a question from the press.

He further explained diarrhoea outbreaks in the area commonly occur around winter and are often caused by rotavirus.

“Studies are being made to find out what causes it around this time of the year. There might be something else that causes it (diarrhoea),” continued Goitsemang, adding it’s also possible people may be prone to bacterial and virus infections during winter because they don’t bath as often as they would during warmer seasons.

“In winter, people tend to relax, decide to skip a bath before bed,” he said.

Often in winter, Thamalakane River fills up due to flood waters from as far as Angola highlands, which pass through Namibia and into Botswana at Mohembo.

From Mohembo, the river will further travel hundreds of kilometers before reaching Thamalakane and into Lake Ngami in Sehithwa area.

Explaining the rotavirus, World Health Organisation (WHO) warns that the virus is highly contagious, with transmission occurring primarily by the faecal-oral mouth, directly from person to person or indirectly though contaminated formites.

“Such a virus or viruses are shed in very high concentrations and for many days in the stools and vomitus of infected individuals,” notes WHO, further highlighting the universal occurrence of rotavirus infections shows that clean water supplies and good hygiene are unlikely to have a substantial effect on virus transmission.

“Rotaviruses are the leading cause of severe, dehydrating diarrhoea in children aged less than 5 years globally, with an estimated more than 25 million outpatient visits and more than 2 million hospitalisations attributable to rotavirus infections each year. In developing countries, three-quarters of children acquire their first episode of rotavirus diarrhoea before the age of 12 months, whereas in developing countries the first episode is frequently delayed until the age of 2-5 years. Severe rotavirus gastroenteritis is largely limited to children aged 6-24 months.”

Meanwhile, climate change, according to WHO, has been a contributing factor to health crises, including diarhoea and extreme weather conditions among other issues.