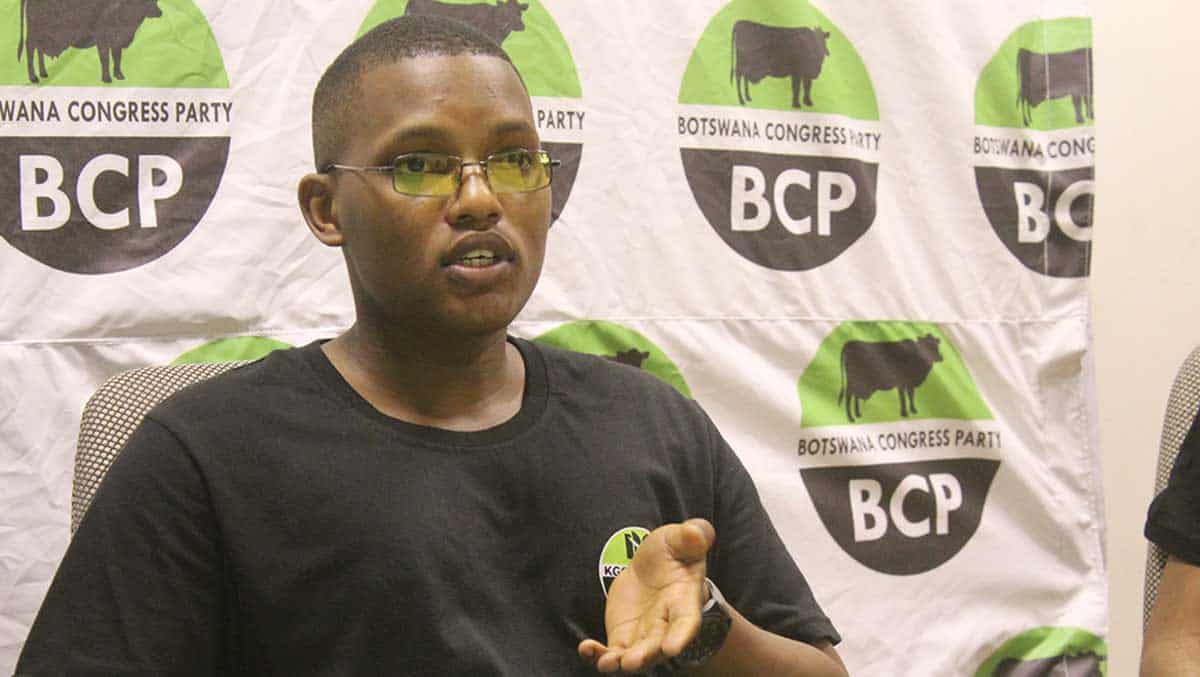 Talks to bring Botswana National Front on board collapsed as it is not willing to work with the BCP.

When addressing the media last week, USM Secretary General Eric Karabelo, said opposition parties are failing youth in politics because of their in-fights which divide them.

He said they play games which make voters lose confidence in them. “As a collective, we are proving to be worse than Botswana Democratic Party. There is lack of maturity in our leadership as opposition parties. There is a clash of egos and arrogance. At least they have achieved something and made a mark under the misrule of the BDP, what about us youth? We are really disappointed about what is happening right now. You are hypocrites, you mother parties of ours. We call for democracy, good leadership and unity,” said Karabelo.

Speaking of the students movement, Karabelo said all the three parties have common values and vision.

He said their co-founding values are equality, unity, respect and progress.

He said in 2015 they have been a part of Moono wa Baithuti coalition with BNF.

Karabelo further added that last year BNF took a decision to exclude the UBCD in all activities and removed them from the coalition.

“There were talks of reconciliation to a point where we engaged mother parties BNF and BCP presidents to assist but to no avail. In the end, BNF said they could only have us in the coalition provided we do not contest for the SRC elections and were only allowed to be in the resource mobilisation and campaign team,” said Karabelo