Demand for De Beers’ Lab-Grown Diamonds (LGD) is still relatively low, almost two years after they were introduced into the market.

The Group’s Chief Financial Officer – Midstream, Susanne Swaniker-Tettey told the media recently that the demand for synthetics remains low compared to the demand for natural diamonds.

In 2018, the diamond group launched Lightbox which offered a new range of fashion jewellery products containing LDGs at accessible prices.

The objective of the introduction of man-made diamonds, according to De Beers, was to clarify consumer confusion around LDGs, providing clear and transparent information and a differentiated offering from natural diamond jewellery at a different price.

Although response by the public to the Lightbox is described as positive, overall demand is reported to be very low compared to natural ones.

By venturing into the synthetics sector, Tettey said they have seen prices of LDGs going down with the development of the sector which has led to production costs decrease and improvement in consumer education.

De Beers has invested about $100 million on building a new facility in the United States of America (USA), but Tettey says the group will be spending 100 times more than that over the next 5 -7 years in the natural diamond business.

The amount was the group’s highest expenditure in more than a decade which was meant to further drive consumer demand for diamond jewellery.

Tettey says they will again this year spend the same amount on marketing.

The year 2019 was the most challenging one for the diamond sector leading to a revenue decline of 24 percent to $4.6 billion for De Beers while rough diamond sales by 26 percent to P4.0 billion.

One of the challenges that the diamond industry faced was the trade tensions between China and the US, which led to fewer consumer sales in the US in late 2018.

This led to retailers having less appetite to restock last year which led to the mid-stream being oversupplied with inventory and rough diamond demand falling significantly.

The challenges are said to have been exacerbated by limited bank financing in the diamond midstream, as well as a number of US retail challenges that also put pressure on the polished diamond prices. 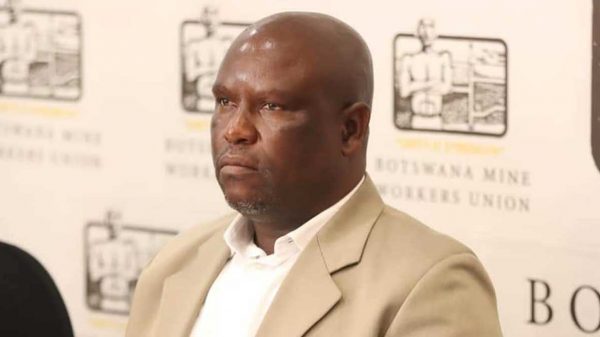