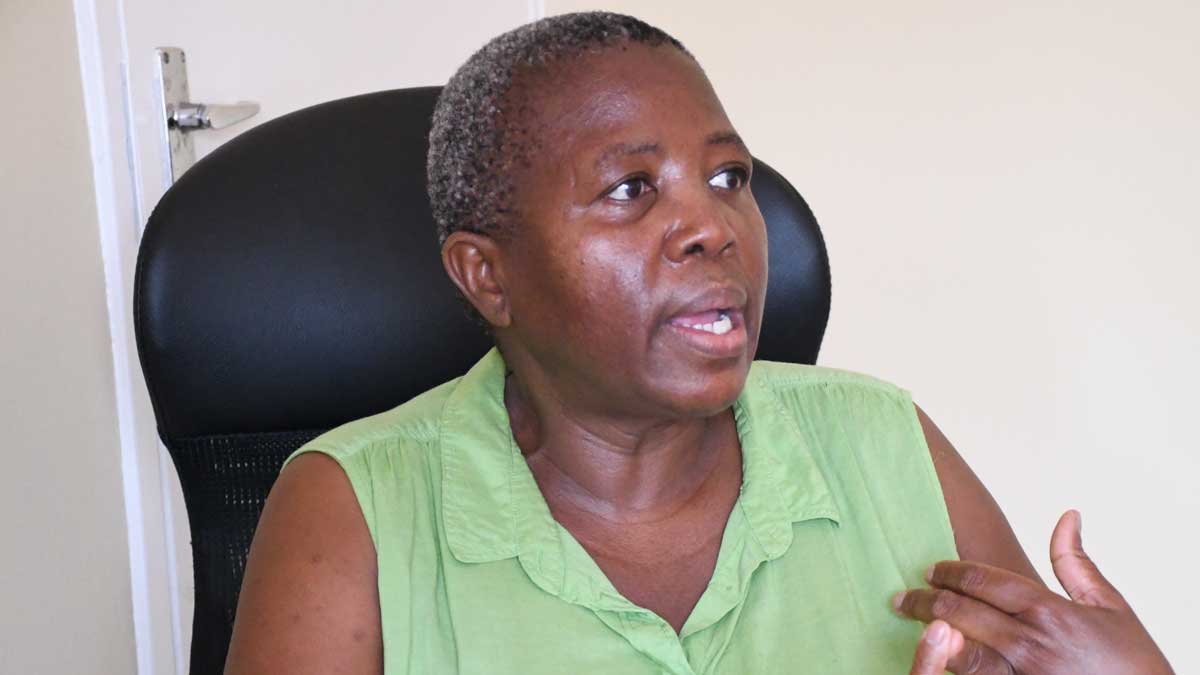 After 37 years of dedicated service, last April Mmatlhapi Monowe retired from her government job as a psychiatric nurse.

The 60-year-old was not lost to the world of mental health, however, choosing to use her vast experience to open the country’s first ever all inclusive private mental health institution.

Based in Broadhurst, Gaborone, Monowe is optimistic ‘Fish and Hope’ will prove a watershed moment in terms of mental health care in Botswana.

For Monowe, starting her own enterprise represents a new high in a journey that began in 1983, when, despite her reservations, she was posted to Lobatse Mental Hospital (now Sbrana Psychiatric Hospital).

Although she came close to quitting out of fear of stigmatization, Monowe quickly fell in love with the job she will now take on post retirement.

As we kick-start 2022, Voice Entertainment’s SHARON MATHALA visited the retired psychiatric nurse to talk about mental health in Botswana as well as her ground-breaking new venture, which opened its doors in November.

Let’s journey back in time, initially you were uncomfortable with your posting to Lobatse Mental Hospital all those years ago – why was that?

Well I guess because of the stigma.

It was very scary and I was very uncomfortable with the environment at first, largely because of the stigma against mental institutions.

As a fresh graduate, I thought I was being thrown into the jungle, the worst place for a fresh nurse.

But I acclimatized to the place a few weeks down the line.

And you haven’t looked back since, even travelling to the United Kingdom to further your skills in the field.

Tell us more about that.

In 2002 I went to UK as a lot of nurses were actually migrating.

My objective was to broaden my skills in mental health by learning from developed countries.

It was in the UK that my dream to open a private mental institution was birthed.

Before we get into that, how would you define mental health issues?

When your mind is not functioning normally.

I always tell people that the mind is just like any other organ, it does get sick.

You cannot do anything without your mind, hence mental health.

What are the early signs one should look out for?

Sleepless nights, loss of appetite and continuous stress or worry.

And what mental health problems would you say are prominent in Botswana?

Why do believe there is a need for a private mental health institution in the country?

Thing is we have only one functional mental health hospital in Botswana and that is Sbrana Psychiatric hospital.

I believe it is about time we have a private mental institution, largely for the privacy and dignity of patients.

So is not the case at the moment? Are you saying Sbrana falls short when it comes to privacy and dignity?

No, this is not to take anything away from Sbrana as a government hospital.

But both you and I know that there is stigma around mental health issues.

I will give you an example that when one of the local celebs was referred to Sbrana, everybody in the country knew that he was being referred there and it was a big deal.

This may make other people who look up to him or other celebrities shy away from mental health institutions.

I believe a private mental institution is necessary to bridge that gap to provide better care for patients.

What services does Fish and Hope offer?

We are inclusive, we offer any sort of counselling and therapy.

We also offer care for dementia patients either here at our premises or at the patient’s home.

As a private institution, I assume profit-making will be high on your agenda?

The truth is Sbrana is overwhelmed being the only fully functional mental hospital in Botswana.

There are so many areas that need to be attended to but aren’t because of capacity.

For instance, there is also assistance that we offer to families living with mental health patients.

This too is very crucial but because of pressures and under staffing at Sbrana they are unable to do this, which is where we come in.

What is the worst case of a mental health patient you have experienced as a caretaker?

The worst scenario would be restraining a bipolar patient.

If you remember, even in our law books there is the Masego Tau case.

She was a bipolar patient admitted at Lobatse.

She could become very erratic and I know this because I once cared for her.

But for the record, I was not in the country when her particular death incident happened.

Tell us about the ‘Kimberly style’?

It is a term we use here for restraining patients; we call it ‘se Kimberly’.

How it works is that we restrain the patient by all means necessary because the patients are normally very aggressive, sort of like the way George Floyd was apprehended, if you know the George Floyd story in America.

(On 25 May 2020, Floyd was suffocated and ultimately murdered by police officers during his arrest, with the incident filmed by onlookers and quickly going viral).

Well it is because, like I said, patients sometimes get very aggressive and uncontrollable but now the world is gravitating towards behavioral positive approach to mental health.

From your expert view, would you say Covid-19 has had a major impact on mental health?

Covid-19 has had a major impact on our mental state and has increased the number of mental health patients.

Covid-19 came with a lot of grief in a short space of time.

It brought about job losses, it also came with the fact that we had to have lifestyle changes through lockdowns and alcohol bans, and so such things had a lot of impact on many people’s mental state.

We have seen rising cases of depression as well as substance abuse, so yes definitely Covid-19 had had a negative bearing on a lot of people’s mental state.

What is your comment on the laws that we currently have on mental health?

We have an outdated Mental Health act for sure, but now the Ministry I know will soon release a new act that I hope will address some of the gaps.

But yes, definitely the laws, as they are now, leave a lot of room for improvement in addressing mental health.

Getting to know you better, what else do you get up to?

Well since my retirement last year I have been busy setting up the place and working on getting the licence, which I recently obtained.

And finally, Thank God It’s Friday, what will you be up?

I will be here at the office I guess.