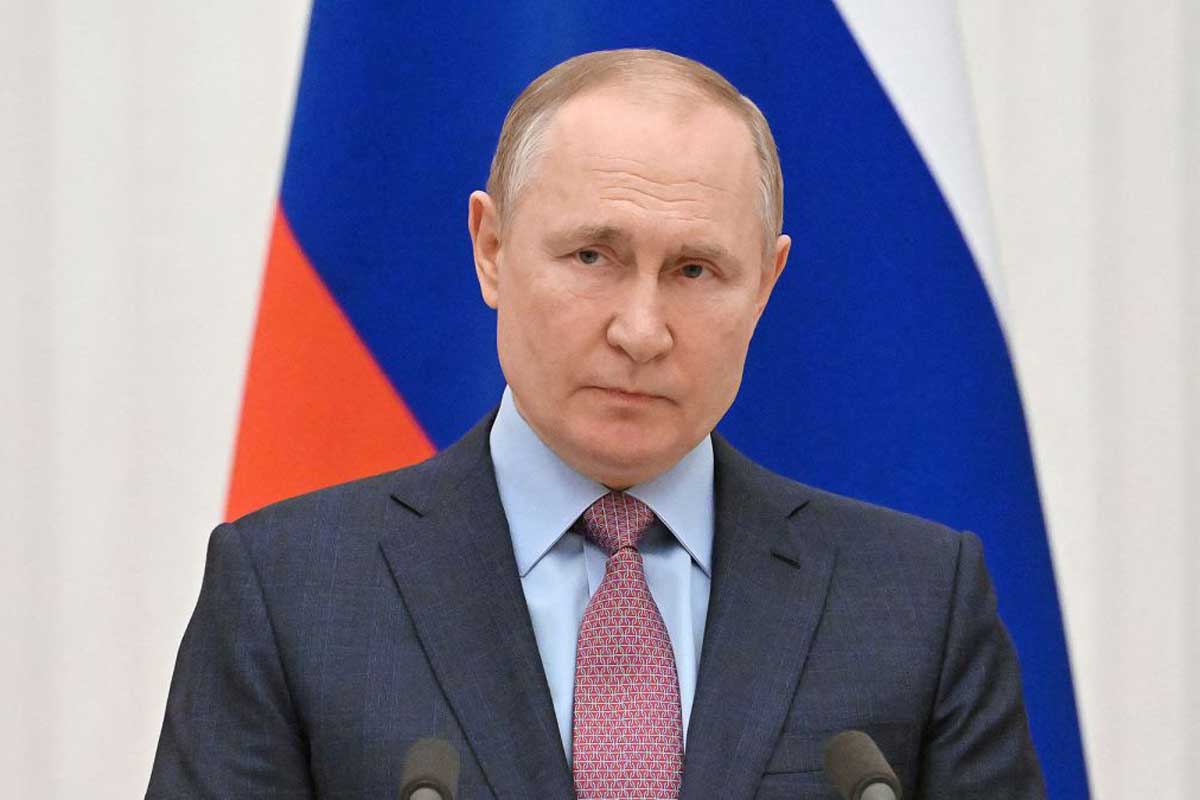 This conflict has the potential of drawing others into it- Khama

Russian President, Vladimir Putin, is said to not only have demanded that Ukraine never join NATO (North Atlantic Treaty Organisation) which was created in 1949 by United States, Canada and other Western European countries to provide collective security against the Soviet Union, but also that the alliance turns the clock back to 1997 and reverses its eastward expansion.

He has complained that Russia has “nowhere further to retreat to. He wants Nato to remove its forces and military infrastructure from member states that joined the alliance from 1997 and not to deploy “strike weapons near Russia’s borders”.

After months of posturing while simultaneously denying any plans to attack, Putin’s assaults on multiple cities in Ukraine began overnight on February 24 and have continued day and night since then.

A 40-mile convoy is stalled on the highway between Belarus and Ukraine’s capital city, Kyiv, according to international media.

This has been viewed by many as looming World War III if not attended fast.

The Voice Reporter, DANIEL CHIDA speaks to some of the political analysts and former President Ian Khama who once served as the Commander of Botswana Defence Force to see what impact this could have in Africa, Botswana included.

African countries imported agricultural products worth US$4 billion from Russia in 2020.

The impact will affect not only countries in Africa but on all continents negatively.

Right now the price of crude oil has risen to levels last seen in 2014. 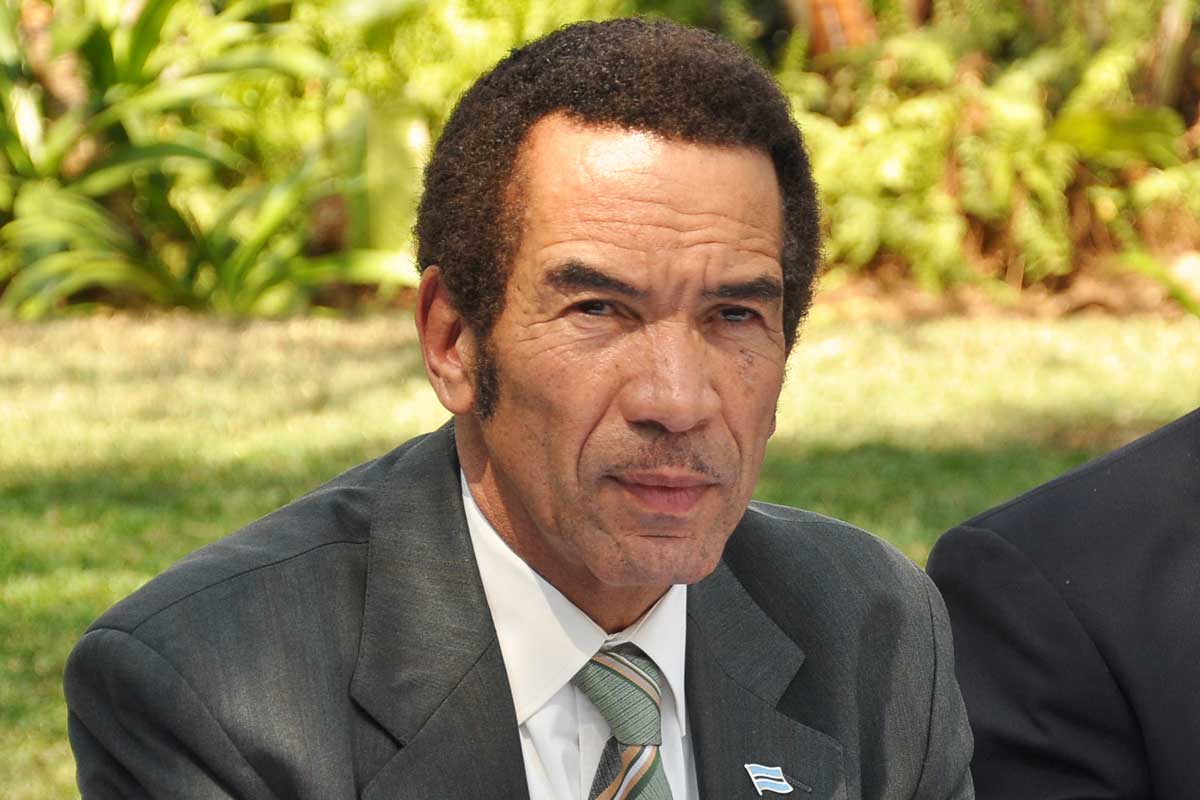 This will have a detrimental effect on inflation and the cost of living and the need by central banks to raise interest rates to curb rising inflation.

Other commodities will soon also be affected the longer the conflict goes on.

Countries imposing sanctions will be further affected due to their bilateral trade with Russia but as we live in a global village that will be passed on to us.

However they have no choice, for to leave Russia unpunished would only serve to allow them to pursue this and future misguided military actions against neighbours which they have been doing in the past.

As we are only now just trying to recover from the effects of the corona virus this could not have come at a worst time.

It has also further reduced confidence in the UN Security Councils ability to intervene to carry out its mandate of attempting to motivate peace and security in the world.

When a permanent member is at the forefront of starting an unnecessary war of its own making despite lying to the world over and over again that it had no intention to invade and was further supported by another that chose to abstain in a vote.

It is these members who are the biggest threat to world peace with their constant and regular threats to invade others and who engage in war crimes against humanity as we see the Russians doing.

It is these countries who also have the worst human rights record that bring about human suffering in their own countries when not at war.

Finally this conflict has the potential of drawing others into it and then you will witness negative impacts unimaginable.

The sanctions on Russian goods will make it difficult to export weapons to some of the African countries like Angola, Zambia and Sudan among others.

There will also be loss of military aid by Ethiopia and Libya on the ongoing civil wars.

Russia has helped Ethiopia sustain its war in the Tigray region.

There is also possibility of African countries to be drawn into proxy wars between Russia and western countries as was the case during the Cold War.

There will be loss of economic opportunities/ deals for some African countries that have trade/ economic agreements with Russia such as South Africa and Sudan but Botswana does not stand to lose much, except disruption of movement, scholarships and studies for Batswana students in Russia.

Africa is the major producer of raw materials such as minerals which are exported to Europe and the Americas.

Therefore, the war will impact negatively the global economy which would reduce the exportation of raw materials.

Africa is also the largest consumer of goods and services from the global market.

The prices of the processed goods and services will skyrocket thereby affecting the economies of African countries.

Energy and the means of production of goods and services will increase to unprecedented levels.

African economies have been devastated by Covid-19 and the war will worsen and exacerbate them.

Students from Africa will be affected by the war as both Ukraine and Russia have generous tuition fees.

And they also provide scholarships to Africans pursuing higher education. Most African students are stranded in Europe with limited assistance from their countries.

Prices of vital minerals such as metals and Palladium has gone up. Wheat and corn are major exports by both countries at war.

Slower economic growth will increase borrowing costs. Global inflation will increase the inflation of African countries that are dependent on finished products and services from the global market.
High demand of energy and gas coupled with low supply will drive prices high.

Transportation costs due to air and sea disruptions will send prices high thereby affecting travelling and movement of goods.

Western countries have shut Russia from their airspace and Russia has responded in kind.

Airfreight costs will affect importation and exportation of vital assets to African countries.

This conflict will surely push oil prices up and the price of petrol will go up.

If the petrol prices rise there comes the rise in transport costs and food prices in a continent already reeling from the aftermath of Covid-19 related shutdowns and lock downs.

The poor will surely be affected. The war is also a disruption to the education of many African students in both the Ukraine and Russia.

There are currently more than 100 Batswana students in those countries in various universities so the war will cause a severe disruption to their education and who knows, some of them might not be able to continue with their education.

Inflation is likely to increase and already as of last week, oil prices surged past 105 dollars per barrel after key crude producer Russia sent forces into Ukraine.

Fuel prices will go up too and this will lead to food prices especially wheat.

Wheat prices have climbed to a nine-year high as investors worry about a potential supply disruption as Russia and Ukraine are top exporters of the grain.

Silvia Bopp-Hamrouni-Head of the Political, Press and Information Section:
Delegation of the European Union to the Republic of Botswana and SADC

Russia’s unprovoked invasion of Ukraine is a tragedy for Europe and a wake-up call for the whole world, including Africa and Botswana.

Russia, a nuclear power, has invaded a peaceful and democratic neighbouring country.

Russia threatens the independence of Ukraine and this is a dangerous precedent that must be resisted.

No country should be bullied by a bigger and more powerful neighbour.

This is true for countries in Europe as well as in Africa.

Russia’s invasion throws us decades back and poses a threat to the whole international rules-based order, based on the UN system and international law.

On the economic level, the invasion risks causing a rise in global commodity prices, given that Russia and Ukraine are major producers of wheat, maize and other agricultural products.

This would lead to an increase notably in Botswana’s import bill and threaten food security in the country.

The same is true for many other countries on the continent.

It is thus in the interest of all of us, Europeans and Africans, that Russia ends this unjustified war without any delay and understands that might does not make right, never did, never will.

Advertisement
Related Topics:Politically SpeakingThe impact of Russia’s invasion of Ukraine on Africa
Up Next