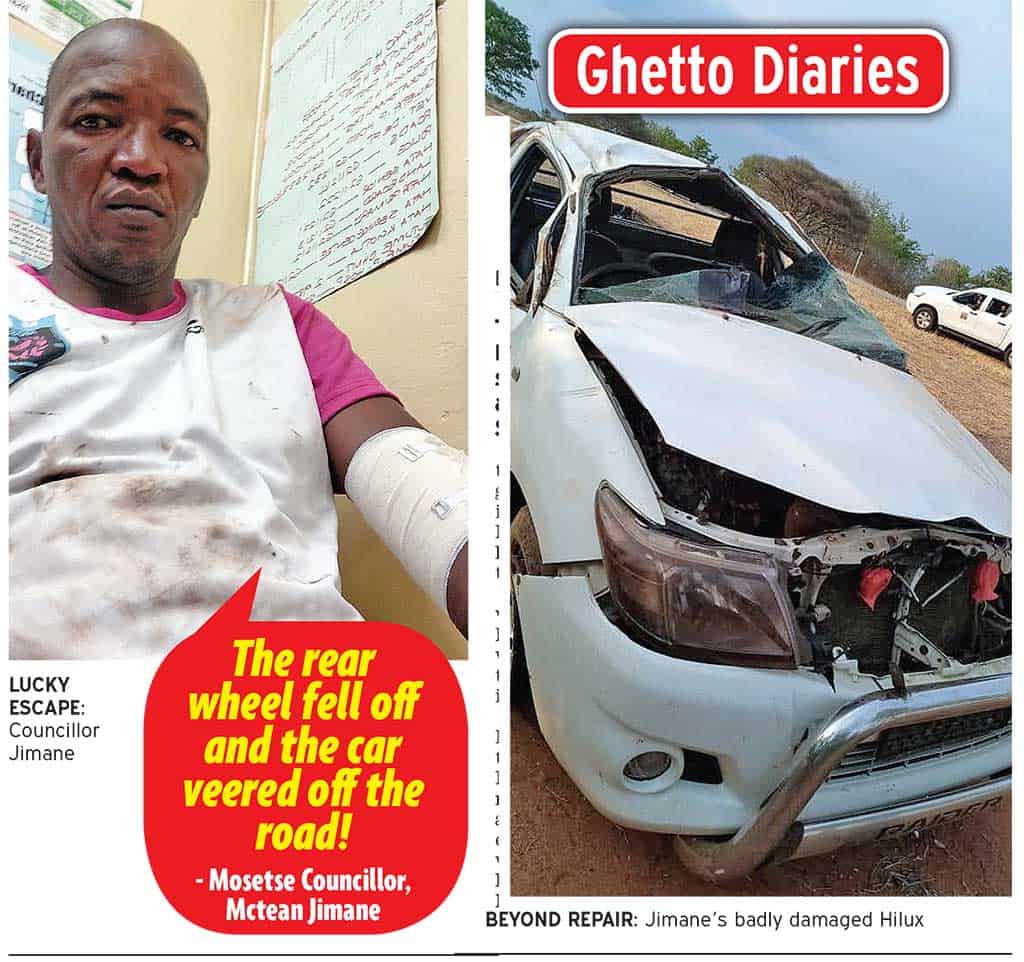 A seven-time league champion with Rollers, the Mosetse native is in an exclusive club with legends Oris Boyo Radipotsane and Persia Diago, who also won the title seven times with The Blues.

Ncenga started his career as an amateur with Mosetse Young Stars, joining Sua Flamingoes as a 17-year-old back in 2004.

It was here that his talent was spotted by the Rollers scouts, who gleefully snapped him up in 2008.

It was the beginning of a beautiful relationship.

Ncenga would go on to enjoy a long, fruitful career, winning everything on offer with Popa and earning a national team call-up for his solid displays.

The no-nonsense defender gave the Gaborone West giants 11 years of loyalty, before retracing his steps to Sua Flamingoes in 2019 helping them win automatic promotion to the Premier League.

His fondest memories he says were under the guidance of Zimbabwean tacticians, Rahman Gumbo and Madinda Ndlovu.

Perhaps his most selfless act was during Coach, Nikola Kavazovic’s reign when he volunteered to be deregistered to allow the club to sign a striker needed for the club’s CAF campaign.

“As an employee, I didn’t find anything wrong with it. I still came to training, and was paid without fail. I also featured for the club for CAF games,” he explained matter-of-factly.

“I’m proud of my achievements at Rollers. I’ve won so many trophies, I’ve lost count,” chuckled the history-maker.

Ncenga’s former captain at Mapalastina, Joel Mogorosi remembers him as one of the most humble players in the team.

“He never said anything. When he was not training he was in his house, and only came out to go to church,” revealed the 38-year-old.

“Oskido, Oscar Kubara or Munomutapa as we called him was one of a kind; an old fashioned centre back, a good man marker with aerial power and aggression,” Mogorosi told Voice Sport.

Now retired himself and part of Gaborone United’s technical team, Mogorosi said the Mosetse star was close to Maano Ditshupo and the late Gofaone Tiro.

“Oskido was such a humble soul. He’d step on your foot and immediately apologise, and will do exactly that when you step on his toe,” remembered Mogorosi fondly.

Now walking with a limp, with limited mobility in his right arm, Ncenga is ready to hang up his boots and focus on getting better.

The Mosetse United Assistant Coach will be the toast of the day on Saturday 24 September.

Six social clubs: Mosetse Masters, Mowana Social Club, Sowa, Stress and Gareitere as well as a team made up of Ncenga and Friends will descend on the scenic village for a football extravaganza.

“I’m just happy that someone found me worthy of such an event. I’m thankful to organisers of the games, and all the players who’ll turn up,” the man of the moment told Voice Sport.

Chairperson of the organising team, and Mosetse Councilor, Mctean Jimane said they are united in a noble cause to recognise a legend, and also raise funds to sustain him in his hour of need.

“I’ve seen him as an amateur in the village, saw his dedication to the sport and his rise to the top. The accident has robbed him of a livelihood. He’s a qualified brick layer with a trade B and C, and would have probably completed a National Craft Certificate (NCC) if it wasn’t for football,” stated Jimane, who was behind the wheel on the day of the accident.

“He’s one of the best builders in the village, but at the moment he only has one arm and is obviously unable to build houses as he used to. We hope through these testimonial games we’d raise enough money to sustain him until he’s fully recovered!” declared the councillor.