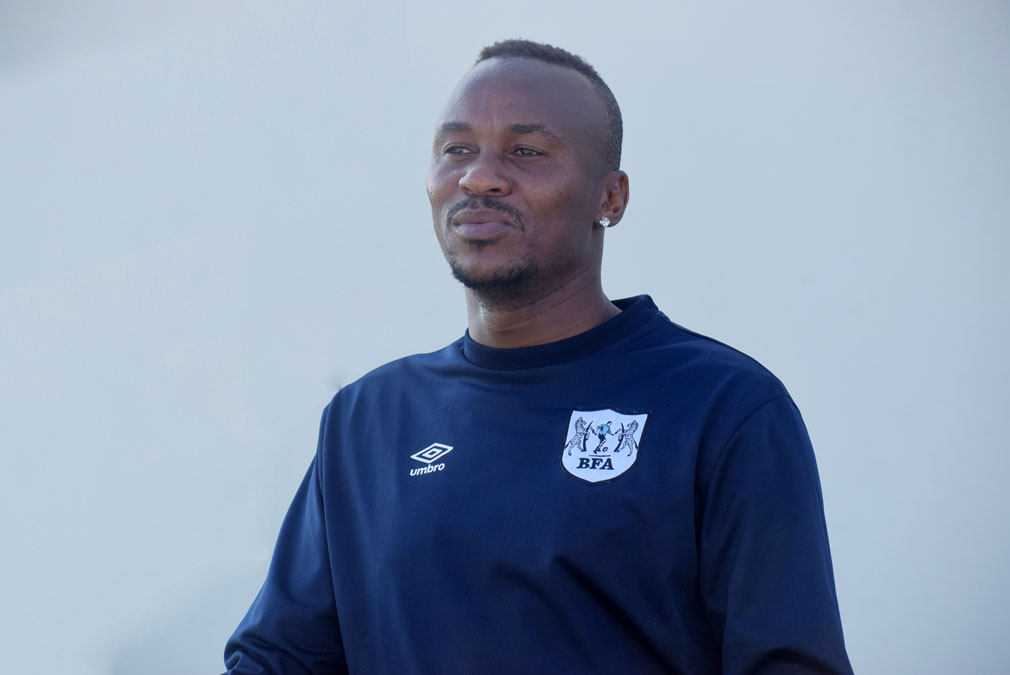 CALLS IT A DAY: Mogorosi

The 37-year-old certainly left his mark on the field of play, both locally and abroad, in a career spanning 18 years and laden with silverware.

Captain of the national team for several years, Mogorosi called time on his playing days last month, ending his career in the same way he spent much of it, lifting the Botswana Premier League – his ninth BPL title – with his final club, Gaborone United.

Relaxed and at peace with his decision to hang up his boots, Mogorosi kicks back with TSHEPO KEHMILE as we find out a bit more about the man behind the legend…

Tell us more about yourself?

I am Joel Mogorosi. I was born and raised at Kanye on the 2nd of August 1984.

When did your passion for football develop?

I started playing football at a very young age, during the times of the famous Chappies League which was played by most aspiring football players at primary school (Matsayakgang) level.

I played for the Under 12s as a defender because of my height until I got a transfer to Lobatse, where I continued playing in the streets with the hope of being a professional player one day.

I eventually transferred position to the wing as I played with old guys who preferred me running at defenders on the side.

Which teams have you played for in your career?

When I completed my Junior Certificate (JC), I joined Maletamotse (Lobatse) before moving on to Lobatse Senior Secondary School and that meant I got to play for the school team as well.

It was easy because we were coached by the experienced Daniel ‘Chico’ Nare who understood how to manage us considering the tight schedule we had.

Maletamotse got promoted and that was when I joined BMC, before moving to Township Rollers in 2006.

Five months later I was on the move again, this time going abroad to Cyprus where I played for Pafos Atletico.

I stayed for a season before joining another Cyprus team called Apopo.

Then I returned to Rollers, then Mochudi Centre Chiefs before being signed by Bloemfontein Celtics then Rollers and finally Gaborone United (GU).

What a journey! Was it always your dream to play professionally?

Like I said earlier, there were so many young talented players that I grew up with, we dreamt of going pro but at home they were against that as they wanted me to be educated.

I was told that I was not serious with my studies and was forced to stop playing until they saw me playing on Television; that was when they started realising I was destined to be a great player.

Who was your inspiration growing up?

I grew up watching Extension Gunners and adored the likes of (Teenage) David Tsalaile and Peter Mabili who hailed from Kanye.

Thierry Henry and Cristiano Ronaldo also came into the picture because of their style of play, they tormented opponents which is what I liked about them.

Moving abroad at the age of 22 must have been daunting, how did you cope?

I believe my mental growth became even stronger when I arrived in Cyprus even though the language barrier was a problem.

I had a translator who happened to be a player I competed for a position with and it went well.

I learned a lot of things with regards to being a better player which I appreciated. 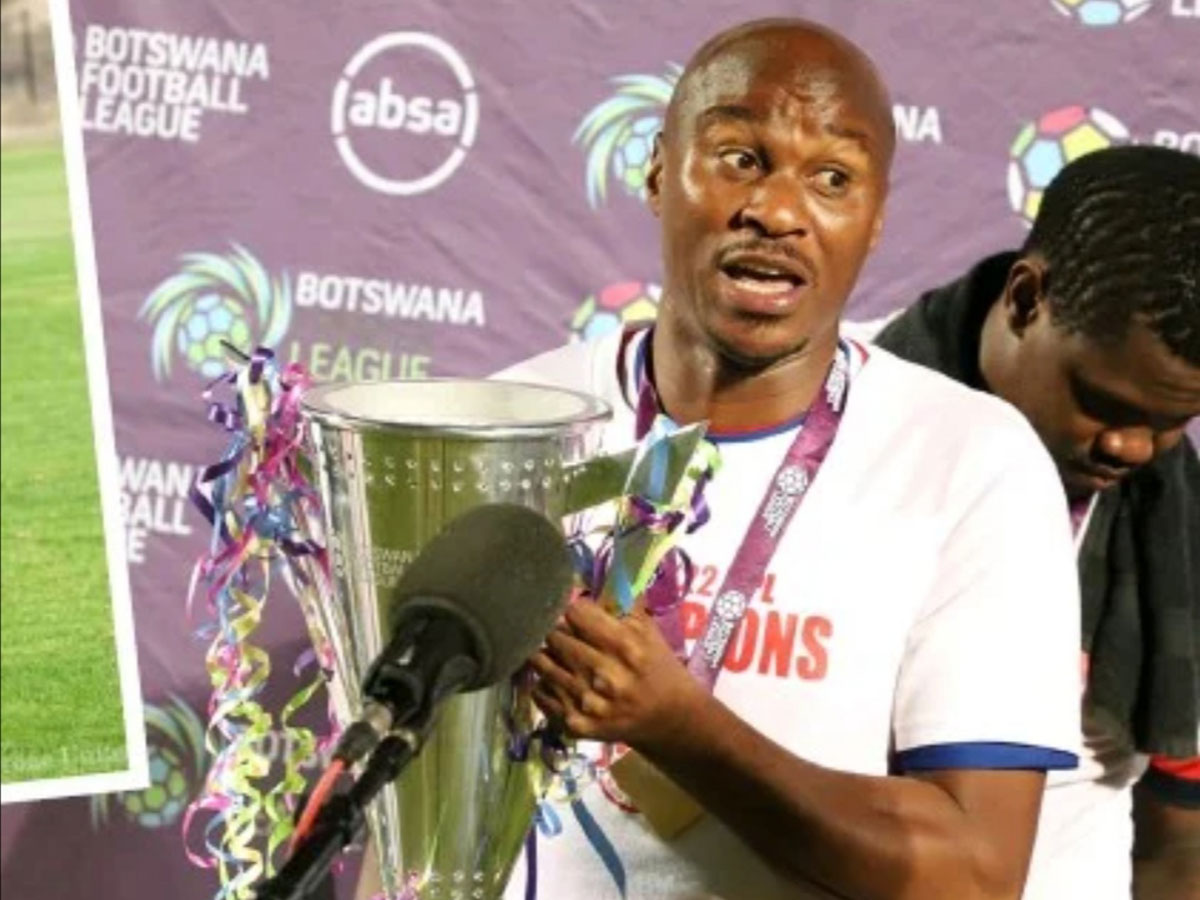 What is the highlight of your career?

I have a lot of good memories in football but I will always cherish being part of the team that helped the Zebras qualify for 2012 Africa Cup of Nations (AFCON) even though I did not get the chance to play at the finals due to an injury.

That must have been devestating?

It was really painful not to participate in AFCON 2012 looking at the fact that I contributed for the team to reach that stage.

I was close to JJ [Jerome Ramatlhakwane].

We always chatted and I told him I was looking forward to the tournament so that I can impress the European football market, preferably France if I get the chance to play but that did not happen because of an injury.

It was excruciating to watch when we were defeated by a big margin [losing 6-1 to Guinea]; I just felt there was something I could have done to help the team.

Who remains your toughest opponent in your career?

Honestly, I do not have a tough opponent.

It did not matter how compact you were as a defender, I just kicked the ball forward then I outran you and put in a cross or go all the way and score which was basically my strength.

(Laughing) There is one player, Mosa Lebusa [once of Ajax Cape Town now at Sundowns] who I once faced and I underestimated him because I felt he was a bit slow but his reading of the game was high level.

Where did you draw inspiration from?

I always wanted to be a winner, whether it is at training or a match.

I played with determination and all my teammates knew that; it gave me motivation to keep going and work hard so that I can achieve more.

You were once heavily linked with FC Platinum in Zimbabwe but at the last second went south to Bloemfontein Celtics. What happened there?

I had signed at FC Platinum and everything contractual was all set, Chiefs got the amount they charged for my transfer.

I received a call from Celtics coach, Clinton Laarsen, on the Monday while I was scheduled to depart for Zimbabwe on Tuesday.

He expressed interest in luring me to his club as he had heard I was joining FC Platinum and I had to find a way to come and fill the remaining spot for foreigners.

I contacted FC Platinum’s Chairman, who gave me an option to choose where I wanted to play.

I chose Celtics but I was asked to speak with Chiefs because they facilitated the move and compensated FC Platinum in the process.

In your opinion, why is it difficult for Botswana to export more players to PSL?

I do not know but what I know is that during our time we had the hunger to play abroad.

I remember there was one point where I left to Polokwane (South Africa) for trials at Dynamos, I even slept at a filling station but the deal did not materialise as they could not agree on the transfer with Rollers.

I was 21 years old at the time

It is not easy to go and stay in a foreign country but your determination is what will help you do well abroad.

You were at Celtics for two years, was it always your plan for a short stint or had you hoped to stay a little bit longer?

If we look at it from this point of view, I arrived at Celtics when I was 28 years old, which means my playing time abroad was limited.

When the team restructured, we were deemed surplus to requirement as we paved way for a few local players and I just felt it was time for me because when you are above 30 as a foreigner, your places are extremely limited.

As a professional player, you made money at the peak of your career. However, sometimes athletes do misuse their earnings, who helped you with financial literacy?

I do not think there is something called ‘misusing of funds’! Even me, there are funds which I do not know how spent it but I chose to invest in farming – goats and cattle – as I knew that I have a family that I have to take care of. You can’t afford to chow your money while you have responsibilities!

You are one of a select few to have played for both Chiefs and Rollers, what was it like turning out for two fierce rivals?

The difference was the atmosphere, if you leave another club and joined another, the supporters will always be angry at you but you will have to deliver for your new club which was something I did with ease.

I played my entire football career knowing that I was the target regardless whether I scored or not and that motivated me.

Now that you have retired, what’s next?

For now, I don’t know because you can never know where you will be in football. However, I will not be lost to football as I am still part of GU family.

Is Joel a family man?

Thank God it’s Friday, what are you plans for the weekend.

I am still part of the GU family.

We have reached the Orange FA Cup final, so I will be at the field to offer support to the team. 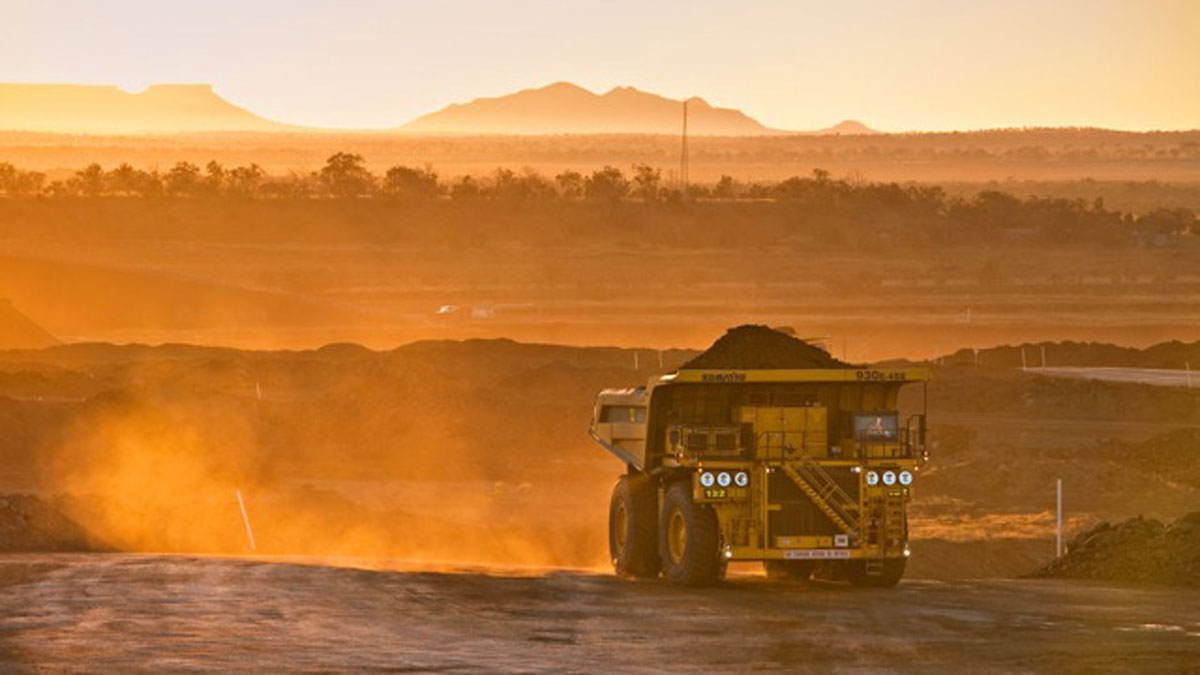 Making the most of minerals

New policy to maximise national benefits from mineral development For the first time in over 20 years, Botswana has reviewed its mineral policy in... 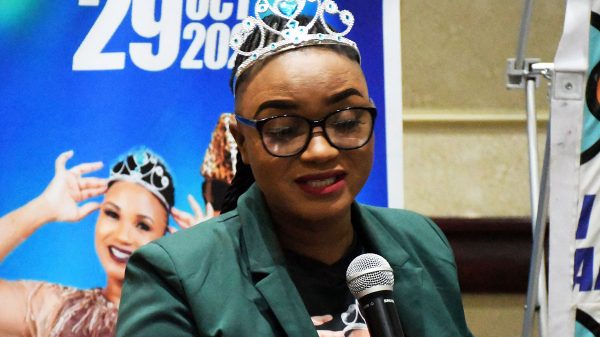 A spectacle in the wild

One of Botswana’s most distinctive tribes, the Vekuhane (Basubiya) are planning a massive cultural event in September. Held in Kavimba village, some 80km north...

Down to the wire