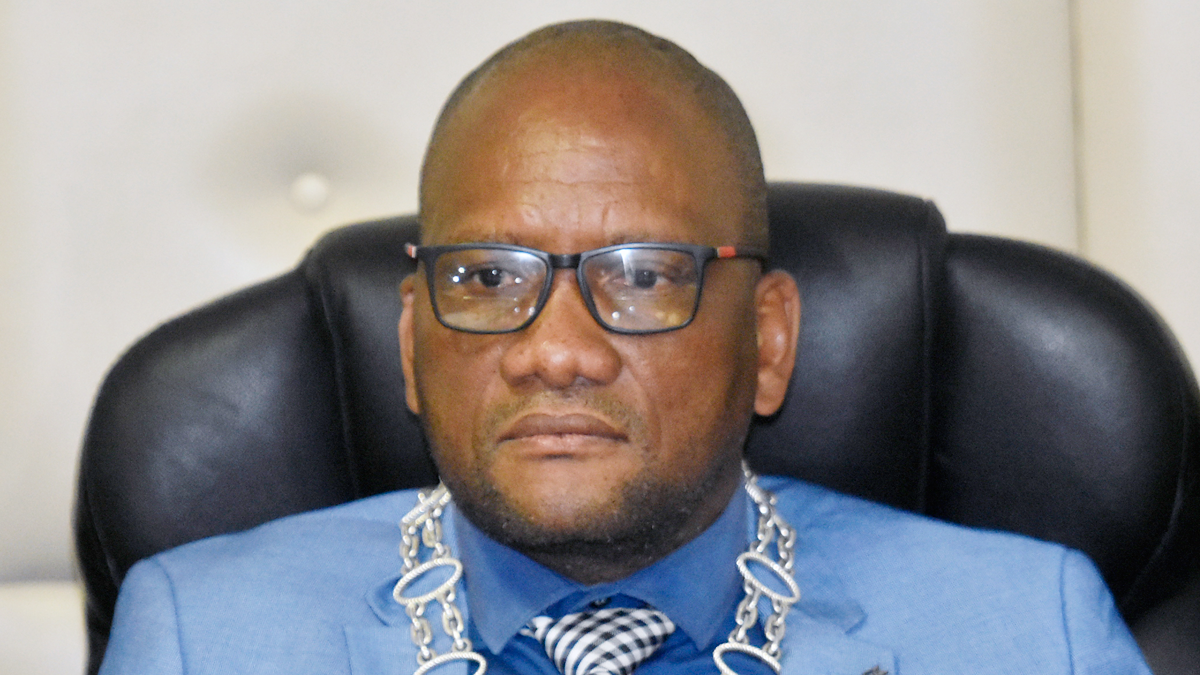 OUT OF THE HOT SEAT: Manyapetsa

The dust had barely settled when Lotty received another kick where it hurts, losing his BDP Gaborone Regional Chairperson seat to Lepsy Mosope last weekend.

He does, at least, have his ‘specially elected councillor’ status to cling to.

Seven years after he joined the ruling party, it marks somewhat of a crossroads in his political journey.

Lotty was instrumental in the BDP’s GC success at the 2019 general elections, pulling the strings to help deliver all five constituencies and 27 of the capital city’s 30 wards, bringing an emphatic end to opposition’s long held dominance in Gaborone.

President Mokgweetsi Masisi rewarded Lotty for his efforts with a council seat that saw him become Deputy Mayor unopposed.

The Voice’s, DANIEL CHIDA engages the man who used to wine and dine with the President to find out exactly what’s gone wrong…

When did you join politics?

I joined politics at the age of 18 when Kenneth Koma was still the Botswana National Front (BNF) President.

I was groomed by the BNF and served within its structures at Gaborone South and ended up its Youth Organising Secretary.

I was also a choir member.

Even after the 1998 split I remained behind only to defect during the formation of the NDF.

How did you end up at BCP then?

The NDF merged or joined the BCP in 2005/6 and in 2007 I became the party’s Youth President where I went to serve for two terms.

I didn’t agree with the coalition model.

BCP was joining the UDC and I was against that; I had thought as a strong party by then it was going to be better for us to sell our policies to the voters but some thought it was better we join the coalition so that they can benefit as founders of the party.

To me it wasn’t about benefiting or who the founders were, I found it ridiculous and left.

How would you describe your reception from the BDP?

You know majority will be welcoming people and happy that you have chosen them but obviously there were those against my move.

Some wanted the party not to welcome me on board because I used to insult them while at opposition and some felt threatened by me joining but majority were welcoming and I felt at home.

The pain was felt more at the BCP because even today some still want me back but unfortunately there is no turning back for me.

You rose to BDP regional Chair (GC) and then Deputy Mayor in a relatively short space of time, how did that happen?

BDP gave me the platform to lead and, through teamwork and dedication, we delivered on what was perceived as the most difficult task of taking Gaborone City power from the opposition.

I was like a coach of our team, even at GCC I think together with the Mayor Maphongo we delivered.

Some of the things like illuminating the city, resealing of roads and storm water drainage are on pipeline.

So what went wrong?

I knew this day was coming although it may look strange on my side as I lost twice.

People campaigned way better than me and I have nothing against it but to support them.

Wise words! So what is the way forward?

I will keep on working hard for the party because I have not reached a stage of retiring from active politics.

I know more opportunities will come and if I work hard I may bounce back at anytime.

I don’t think there is anyone who can say he doesn’t know my contribution in politics.

But for now, is it fair to say you have fallen, Lotty?

I haven’t fallen, as you want to put it, but given the opportunity I will rise to the occasion.

This is like in football – you can be substituted and make the starting team in the next game.

Who knows, maybe soon I will be leading again.

I am happy with what I delivered in a short time.

Our Choir, Gaborone South Choir from Old Naledi is now the National Choir having won through my guidance.