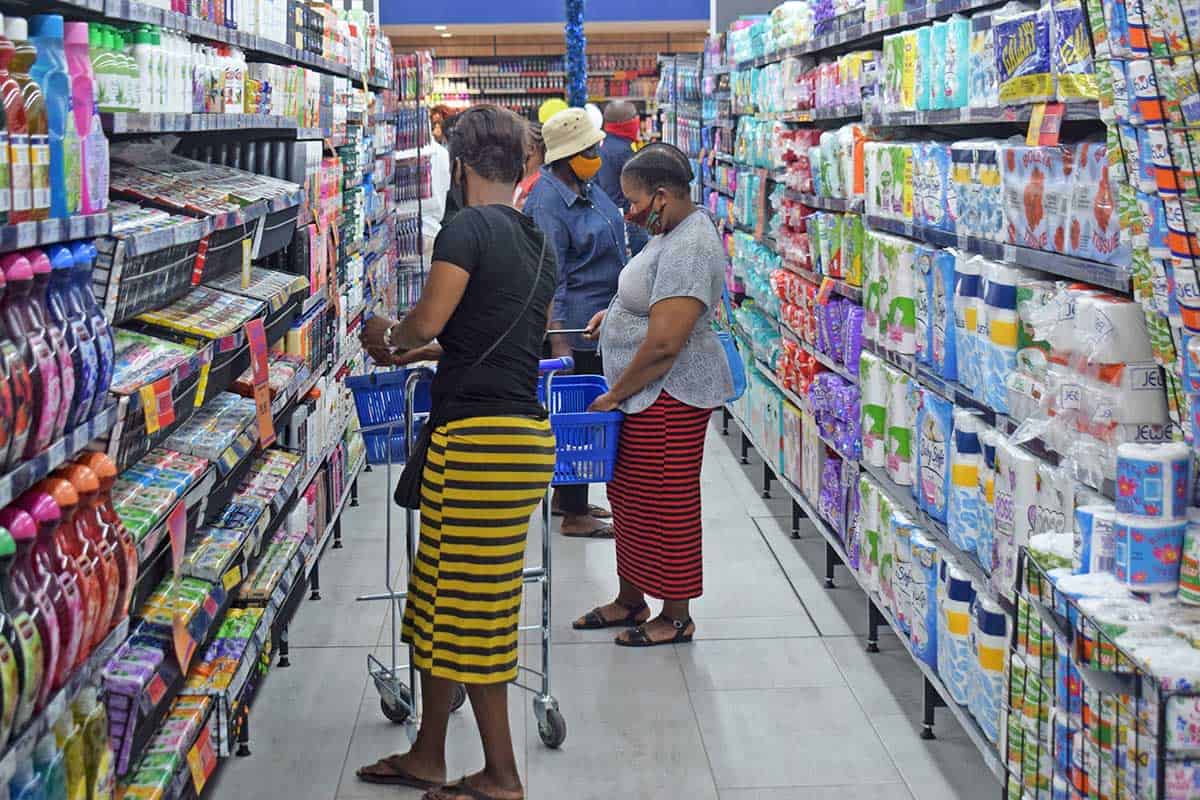 In the past 12 months, the country has experienced a steady rise in inflation, with basic commodities such as food stuffs increasing in prices and weighing heavily on consumers’ threadbare pockets.

While inflation was expected to slow down this year, geopolitical events in Europe, sparked by Russia’s invasion of Ukraine, have seen global oil prices reach sky high proportions.

Unfortunately, this has had a knock-on effect on commodity prices.

In another body blow, last week the Pula depreciated against the South African Rand (ZAR).

As the bulk of Botswana’s imports comes from SA, economists warn that a stronger Rand is essentially bad news for the country, with prices expected to rise once again.

In light of this, Voice Money’s, KABELO ADAMSON took to three leading retailers in the capital to sample prices. What he found makes for grim reading…

The price of cooking oil has sizzled to shocking new highs recently, and is now more than double what it was last year.

At around Easter, a year ago, one could expect to fork out about P30 for a two-litre bottle of oil.

Now the same quantity of Choppies in-house brand costs P69.95, while Spar will set you back P69.95 and at Shoprite you’ll have to part with P82.95.

Meanwhile, those after big brands names such as Sunfoil can expect to splash out as much as P107.95.

The massive prices are largely attributed to global warming and the change in weather patterns, which have affected the supply of two key oil ingredients: soybeans and palm oil.

The war in Ukraine has reportedly exacerbated the situation.

This favourite food commodity, found in almost every household in the country, has not been spared at the tills.

To put this into perspective, in February, Choppies were charging P62.95 for a bag on special.

The price of sugar differs marginally at the three retail shops surveyed and also depending on the brand.

The cost of 12.5kg Choppies in-house brand was P134.95 while other brands such as Blue Crystal were going for P154.

Two months back, consumers were paying P126.95 for the Choppies in-house sukiri.

This week, prices showed that at Spar, consumers were paying P167.95 for a 12.5kg bag of Blue Crystal sugar.

Compared to other food stuffs, the price of milk has remained relatively stable.

A one-litre bottle at Choppies costs P14.95, while Shoprite charge P16.95 and Spar asking for P15.95 for their cheapest litre.

Prices also varied slightly depending on the brand, with the in-house versions offering the best value.

Effective 1st of January, government imposed a restriction on the importation of a number of vegetables, including: tomatoes, potatoes, onions, garlic, lettuce, ginger, turmeric and fresh herbs among others.

This has not only led to a shortage of such horticultural products, but has pushed prices of those available beyond the reach of the average consumer.

It was difficult to find prices of vegetables such as tomatoes as they were largely unavailable. However, at Shoprite, tomatoes were selling for P22.95 per kg.

Advertisement
Related Topics:The rough reality of inflationVoice Money
Up Next