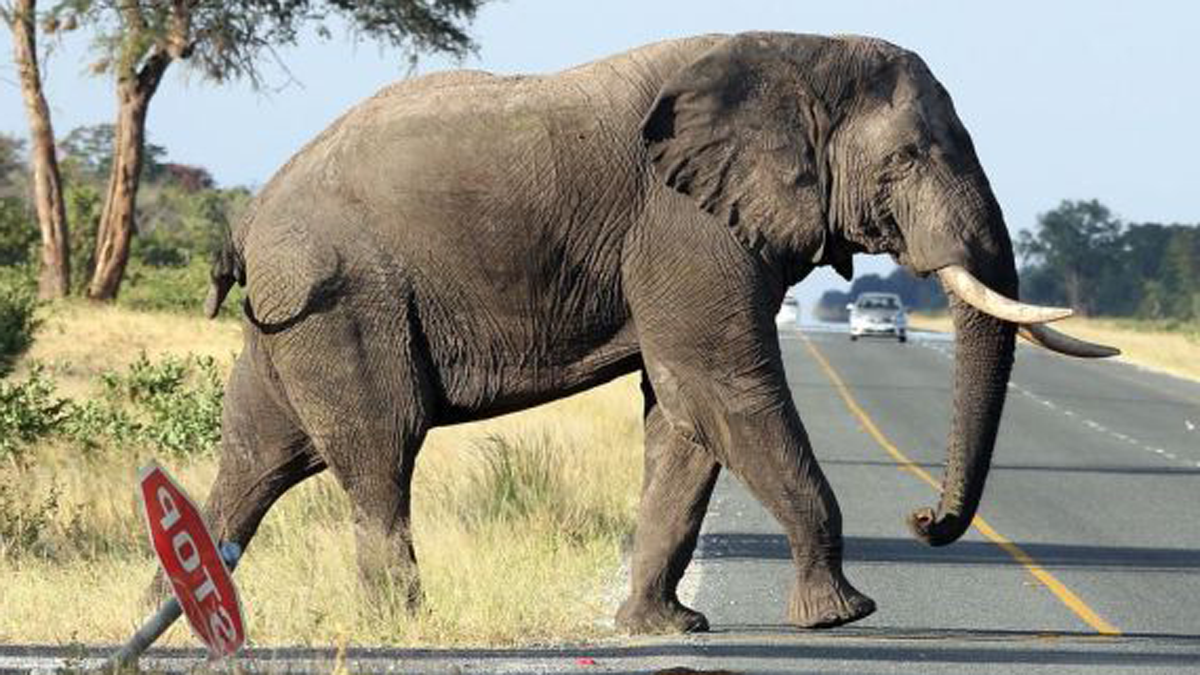 Elephants kill a man at a bus stop

Gumare police station commander, Dennis Zilawe has issued a warning to residents in the his policing area to be alert and watch out for wildlife after a 66-year- old man was killed by elephants at a bus stop in Xurube settlement while waiting for public transport to Gumare.

In an interview this week, Zilawe said the man was found lying on the ground by the bus stop by a passerby looking for his livestock.

Allegedly he left home the previous afternoon to hitch-hike to Gumare.

“He was found around 10 in the morning of July 8 by a passerby who then called the police,”Zilawe explained

Upon inspection it was suspected that he was killed by elephants as their tracks were all over the place at the place known to be a wildlife corridor.

He further said the man had physical injuries that indicated that he was possibly injured by an elephant or elephants.

“Many elephants cross the tar road in that same area , so I advice people to avoid travelling at night. It is advisable to make use of day light,which can help them see objects or animals from a distance and run to save their own lives,” said Zilawe.

He further cautioned the residents that , “It is a dry season and animals are roaming around in search of food and water.”

Around this time of the year elephants commonly attack people in these areas, especially when water levels in the Okavango Delta are down.

Last year August, which was around this same season, a man was killed by an angry stray elephant in Gumare in full view of shocked residents and conservationist contended that animals come closer to people in search of water and food because of growing people population and villages that are slowly encroaching into wildlife space.