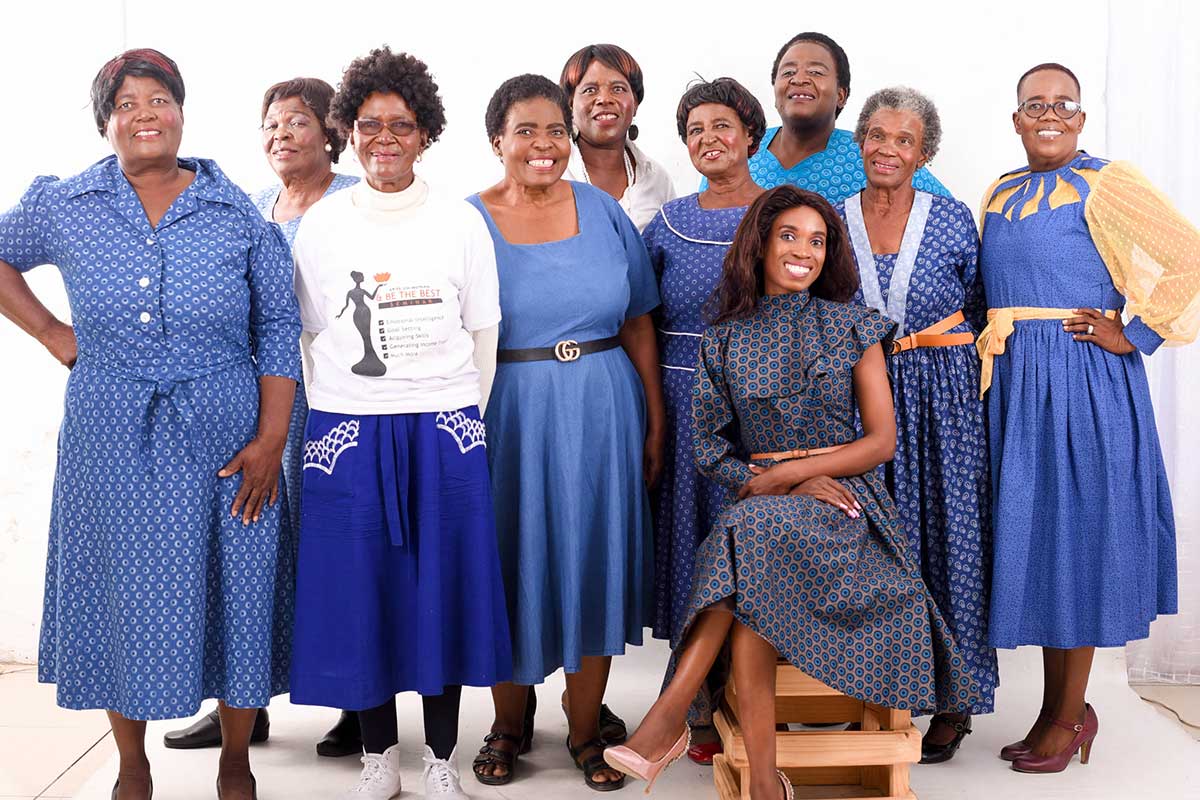 Life has never been this beautiful for 13 grannies from Tsamaya village, 44km north east of Francistown. What began as a pastime between some retired senior citizens, stay-at-home grannies and an ambitious 34-year-old lady has opened countless doors of opportunities, and led to the formation of Mosadi Letlotlo Society.

Founded in 2019 by Nanzelela Chaitezvi and a her elderly gang, Mosadi Letlotlo has taken the skill of beading to another level. From handbags, keyholders, table mats, bracelets and necklaces, the ladies of Tsamaya’s ornamentation skills are unmatched.

Nanzy, as her friends call her, was taught the skill by her in-laws in Bulawayo, and later passed it on to her 73-year-old mother, Flossimma Jack Kadzirange.

Kadziragne showed off her newly acquired skill to her agemates in the village, who instantly fell in love with the craft.

“I gathered all these women and taught them how to work with beads. At first it was for therapy and to pastime,” said Chaitezvi.

She said as time went on, the grannies who suffer from all sorts of chronic ailments and life challenges began to see a general improvement in their health and welfare. 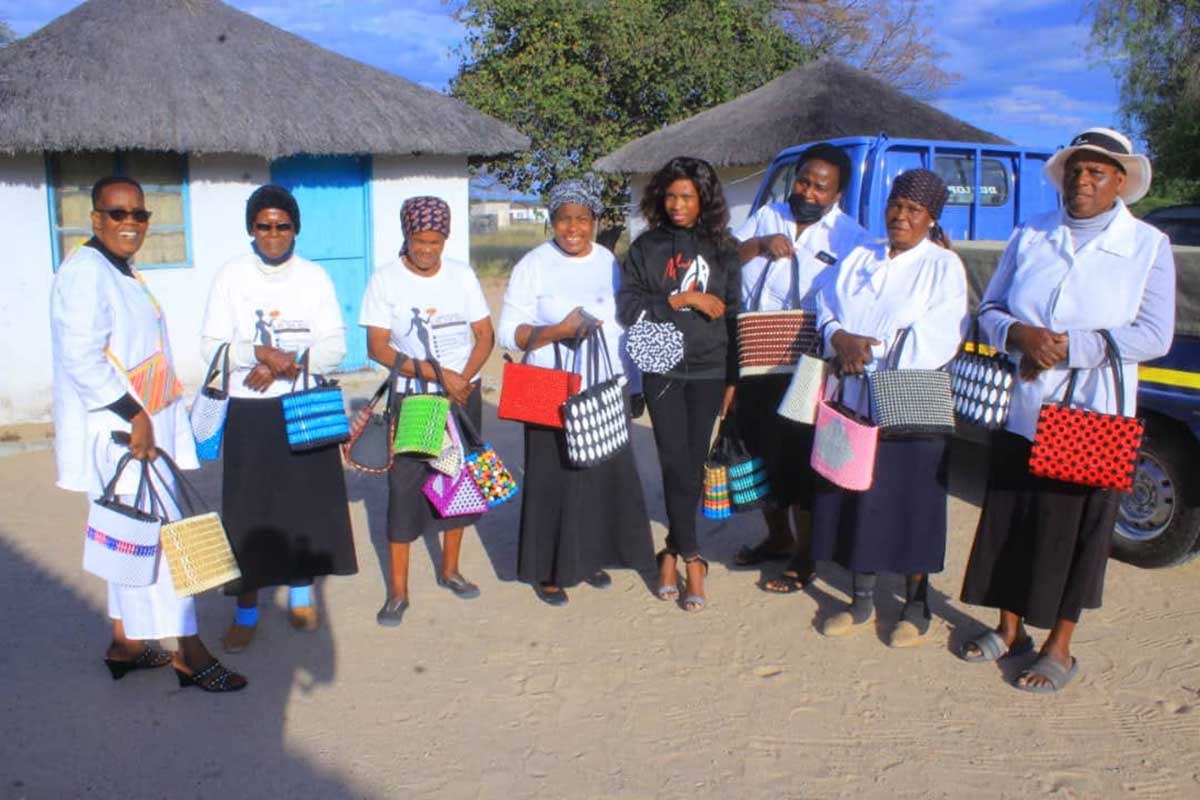 ON DUTY: Members of the society with their products

“It was this positive and sincere feedback that encouraged me and my newfound friends to continue making these beaded bags, and every Friday, I received feedback about improved blood pressures and the like,” she said.

It wasn’t long before the society’s handcrafted bags caught the attention of some people in the village, and some city slickers from nearby Francistown.

Chaitezvi said she continued spending every Friday with her silver-haired crew, turning beads into fine pieces of art.

Through word of mouth, more people inquired about the unique beaded pieces from Tsamaya, and the demand for the bags increased.

“That is actually when we decided to form a society. These old women purchase the raw materials from Zimbabwe and Zambia using their old age pensions, which is never enough to finance this business,” she said.

Chaitezvi, who is also an author of a book titled ‘Woman arise’, says forming a society has allowed them to have access to funding.

Following a story covered on the Voice of America, the Society caught the attention of Botswana Investment and Trade Centre (BITC), who invited them to the recent Business Botswana Northern Trade Fair (BBNTF).

Their colourful stall turned heads and inspired the team to aim even higher.

“Most of our clients are always shocked that our products are handmade and from a small village in the north-east,” said an excited Chaitezvi.

The proud entrepreneur said the trade fair gave them so much exposure, and has energised the grannies to work even harder to attain financial freedom. 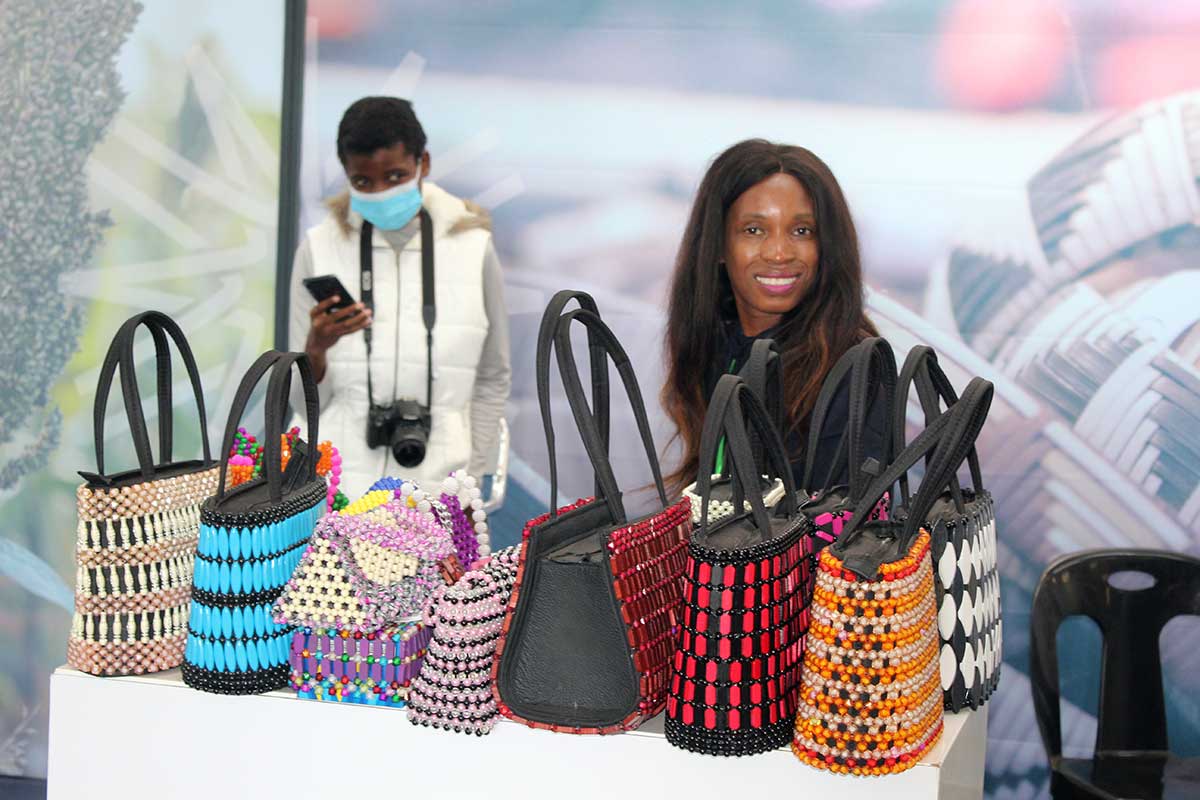 “We’ve people who are now interested in modelling our products, while some want to learn the craft. All this is encouraging, and is a good indicator that there’s a place for this type of business,” she said.

In a brief interview with The Voice, one of the grannies, Kadzirange, revealed how doubtful she was of the idea in the beginning.

“I had just retired from the corporate world, and was quite doubtful when this idea was mooted. However, through the Friday meetings, my skills improved and I eventually saw a flicker of light,” she said.

So convinced about the prospects of the business is Kadzirange that she believes that more young people should be brought into the business to assist with the making and marketing of their products using modern technology.

“If it wasn’t for financial challenges and limited access to getting raw materials, this business would be very far. We’re here being interviewed by The Voice, it shows tremendous growth, and I’m convinced that five years from now, we’ll be far ahead,” concluded Kadzirange, her attention immediately shifting to a client entranced by the colourful pieces of art on the table.

In this article:Real lives, Tsamaya’s grannies of ornamentation