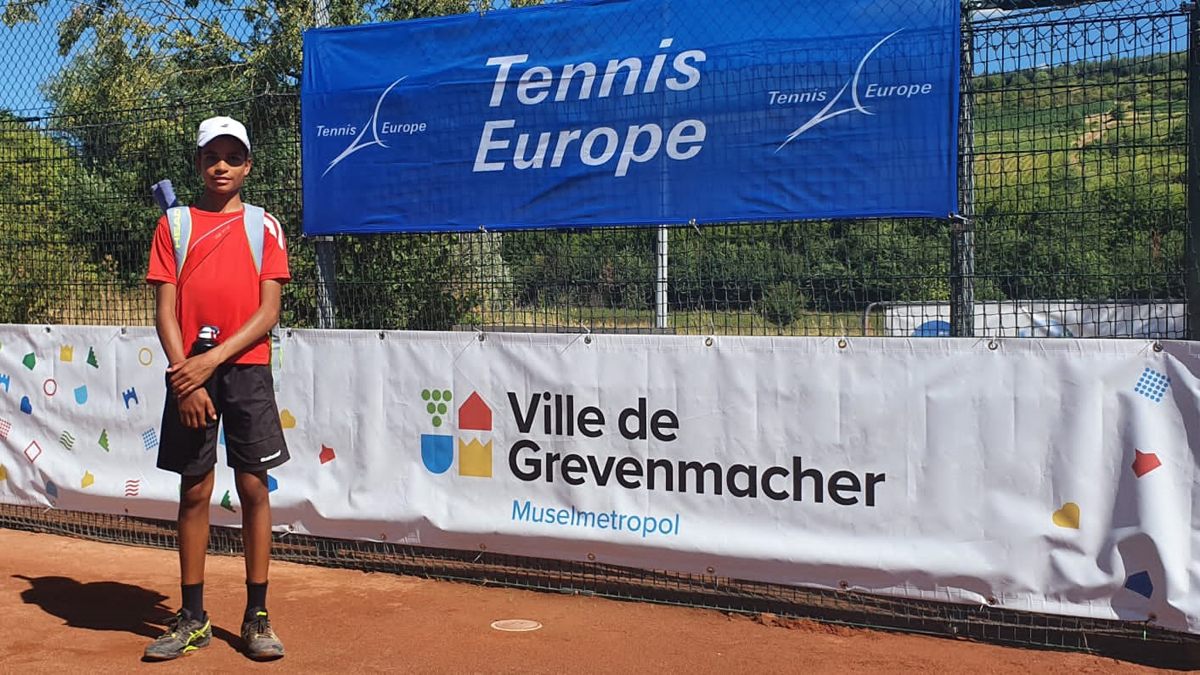 Ntungamili Raguin was barely out of nappies when he first picked up a tennis racquet.

The youngest of three siblings, he was introduced to the game at the age of four, learning to play at the Francistown School of Tennis, where his father, Dominique Raguin, was the Director.

Tennis quickly became a key part of his daily routine. Under the guidance of an array of local and foreign coaches, it soon became apparent Raguin had both the talent and the temperament to go far in the sport.

How far remains to be seen.

Still just 13, but now based in the south of France, where his family relocated in 2018, a future as a top tennis professional is certainly a bright possibility.

A member of the Country Club Tennis Academy in Aix-en-Provence, a school specialised in developing young athletes (11-18) to a world-class level, Raguin dreams of becoming the first Motswana to win a Grand Slam.

Just to compete in the slams [the big four of tennis: Wimbledon, French, Australian and US Opens] would be a historic achievement in itself – no other local player has managed such!

Those that have monitored Raguin’s progress over the years are quietly optimistic the teen has what it takes.

Currently competing at an U/14 tournament in Luxembourg, the youngster bounced back from an opening day defeat on Monday to win his next two games – against German and Spanish opponents – in straight sets.

In an exclusive interview with Voice Sport, the level-headed youth, who models his game on Australia’s bad boy, Nick Kyrgios, described the on-going competition as a valuable learning curve.

“It is a great experience to play against players from different European countries while looking closely to how they play so that I can improve my style of play. I wanted to see where I stand against such high profile players.”

“I was a bit disappointed to lose my first match but things have been going well and I managed to get back to winning ways as the tournament progresses,” reflects Raguin, who has his heart set on one day turning pro.

“I hope to represent my country on the professional circuit which will put me in a better position to bring a grand slam title home one day!”

A past winner at junior events in TC Beconde and TC Anduze (both tournaments in France), Raguin recently represented Botswana in Egypt. He finished 10th out of 32 participants in the U/14 category, which included some of the best young players in Africa.

There is every chance Raguin will be joined on his quest to reach the top by his bigger sister, Naledi Raguin.

The 15-year-old already has a reputation as a fierce competitor and is tipped by many to go far. Sidelined for six weeks with an injured arm, Naledi is set to make her return on home soil at International Tennis Federation (ITF) Junior Tournament in Gaborone at the end of the month.

The Raguins: two to watch in both the present and the future!