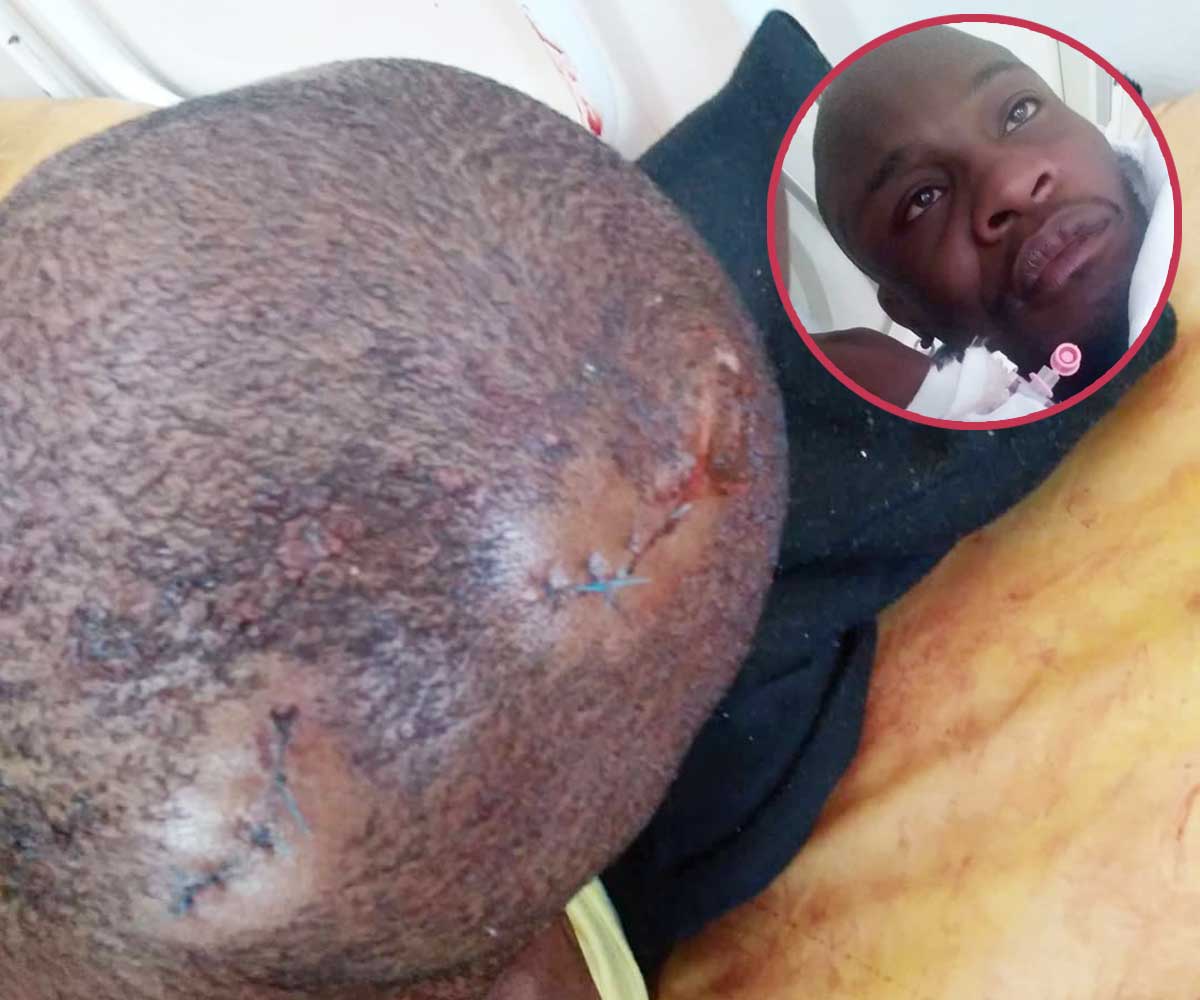 Celebrated jazz musician, Trinity Mpho, is currently recovering from a life-threatening ordeal, after he survived 15 knife stabs all over his body by unknown assailants who attacked him at a bar and left him for dead.

When Trinity left home last Saturday, he would have never imagined he would return in an ambulance.

With three stitches on his head, nine stab wounds on his back, and three more on his chest, Trinity has lived to tell the tale.

While initial reports suggested that the jazz singer was stabbed by a young man who turned down his advances, Trinity, fresh from an 8-day hospital stay, clarified this matter and said the allegations were false.

In an interview, the jazz musician said he had briefly relocated to Lentsweletau and, on that particular day, he had left home to search for a local pub where he was to meet with the owner for a potential business deal.

“I was only directed to the place. It was just around past midnight and, because I am really not familiar with the place, I got lost on the way,” Trinity said.

He further told of how he met a youthful stranger on the way and asked him for directions.

“The young man told me that he was in fact heading to the same place I was going to, so I offered him a lift and we went together.”

According to Trinity, to thank the young man, he offered to buy him a drink.

“When we got to the place, just to say thank you, I offered to buy him alcohol. The owners of the place, however, denied the young man entry into their premises telling me that he was a criminal and they had banned him. I then left him outside and went to get him the alcohol.”

However, things quickly went down south for Trinity when he was attacked by a mob of gangsters.

“We had parked outside the bar with the young man when he excused himself to go to the bathroom. He took forever and, as I was about to leave the car to look for him, the mob pounced on me,” he said.

Apparently the group of boys demanded cash and cellphones from him. “I think they thought I had money because when buying him the drink, I took out a hundred pula from my wallet. When I told them I had no money, they started attacking me and I fell to the ground. They proceeded to stab me multiple times until I lost consciousness for some time,” he said.

With blood gushing all over his body, Trinity eventually summoned enough strength to crawl to the club entrance where he then collapsed.

He then went on to strongly warn the reporter against spreading misinformation, emphasising that he had told The Voice the whole truth.

This incident was confirmed by Molepolole Station Commander, Benedict Matlho, who said they were still hunting down the gang, who he said was dangerous.

In this article:Headlines, Unholy Trinity