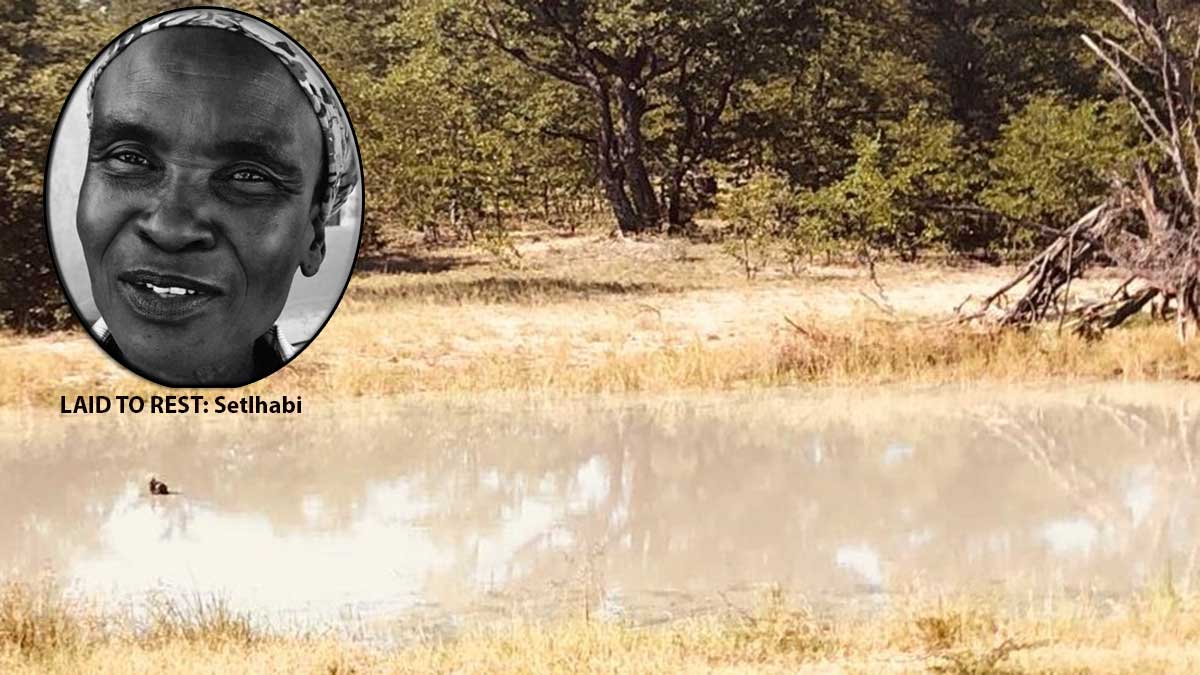 SCENE OF CRIME: A torso was found in this pond

Life has been turned upside down for three siblings whose mother was brutally killed by their mentally unfit brother.

Bokamoso Setlhabi is suspected to have clobbered his mother, Omphemetse Dineo Setlhabi, 57, with a log, before dismembering her body and stuffing body parts in various places around Tumasera-Tupya ward.

The mother-of-four’s upper torso was discovered by a neighbour and church mate last Wednesday floating in a village pond. Her head and legs were pulled out of the neighbour’s toilet, while other body parts were fished from the deceased’s pit latrine.

Setlhabi, who is the first born to ‘Dino’, as his mother was popularly known in Tumasera and the Tswapong region, has three other siblings.

Her son, and, the only suspect in the murder case, was arraigned before the Mahalapye Magistrates’ Court on Tuesday charged with a single count of murder.

His siblings were in attendance as he hobbled into court in leg chains.

“He’s our brother and we know he never meant to kill our mother, he’s not well!” said Moemedi.

The distraught Moemedi revealed he last saw his mother on 11th August, and the two went to her small farm together and parted ways late in the evening.

“My mother was the best. She brought us up well and promised to always be there for us, and we believe wherever she is, she’s looking down upon us,” he said.

His sentiments were shared by his sister, 24-year-old Olorato Kgafela (nee Setlhabi), who described her mother as a people’s person.

“She was always jolly, and full of laughter. I’m glad she taught us to hold on tight to Christian values, that is why it’s so easy to forgive our brother,” she explained.

“We’ll stand with our brother until this matter is resolved. The only thing we ask for from members of the public and the media is space to mourn our mother. We’ve seen a lot of unfounded allegations in the media, and to read such untruths about your family is too hurtful,” Kgafela said.

The last born daughter to the deceased told The Voice that seeing her brother in cuffs, just two days after burying her mother, has left her traumatised.

“We need space to mourn. From now on, all questions about this matter should be handled by the police,” said a sobbing Kgafela.

In this article:‘We forgive you!’, Court Stories