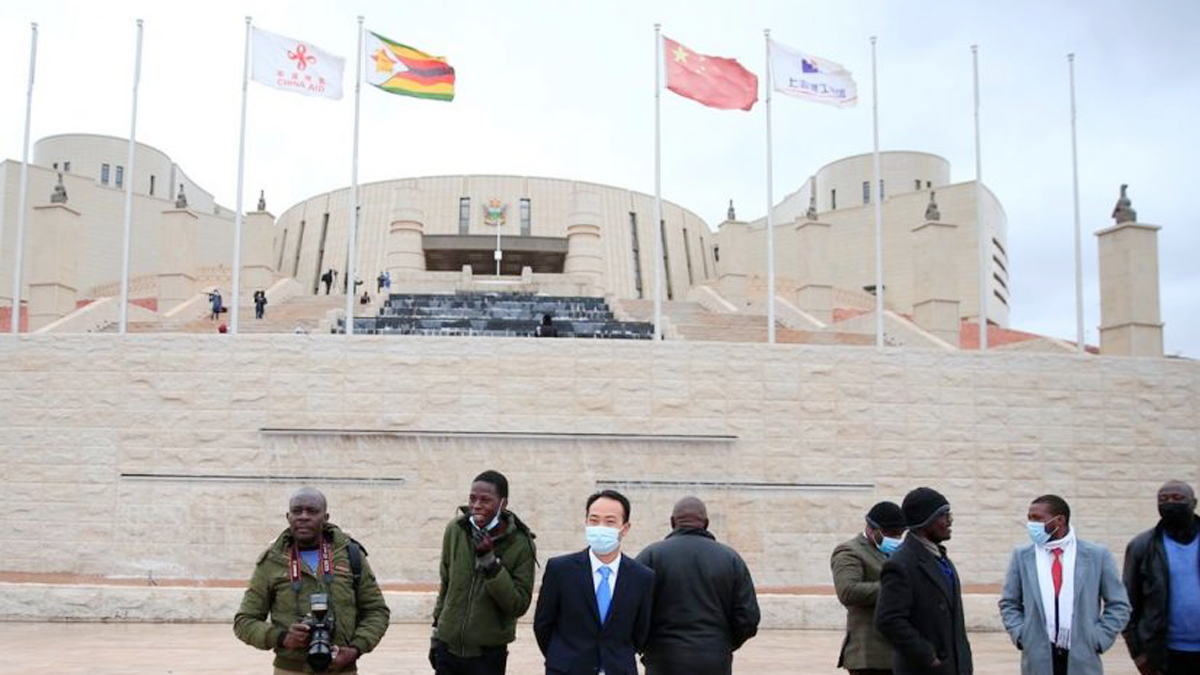 THE GIFT: People standing in front of the new parly building

The Chinese have completed construction on their multi-million dollar ‘gift’ to Zimbabwe and the gold coins are still much talked about, though in a negative way.

Then we have a prominent prophet, a close associate of President Emmerson Mnangagwa, who has a motorcade which cost the lives of two innocent civilians – a mother and her unborn baby.

These are some of the stories dominating the headlines week, including of course the further weakening of our local currency and the rising inflation.

As for the gold coins, it doesn’t look like there will be many takers as people have no trust in the government and its policies.

Back to the country’s gift from the Chinese government, the question amongst many is: ‘what’s in it for them?’

Surely China cannot be that generous for nothing; we might never know the real deal but there is definitely a catch.

The Chinese government, through China Aid, started building the multi-million dollar state-of-the-art Parliament Building in 2018. It was built through grants and the Zimbabwean government will not pay anything in return. Only of course they will pay somehow.

Located just outside Harare by a Chinese company, Shanghai Construction, according to its spokesperson the building can accommodate 1, 000 people.

The new complex includes a six-storey office building and a four-storey parliament building. Other features include a fountain that resembles Victoria Falls.

It will soon be handed over to the government for use. The current parliament building was built during the colonial era.

While developments are always welcome, there is that lingering question of what the Chinese want in return.

This is because there have been numerous complaints in the past that the government is letting the Chinese and their local companies do as they please in the country.

Some Chinese companies have been given the green light to prospect for minerals without considering the effects to the environment and disregarding the local communities. These are some of the fears that people have, that the Chinese will do as they please seeing that our government might feel forever indebted to China because of this multi million dollar gift.

In other news, Prophet Passion Java, who is a close ally of President Mnangagwa, is trending for wrong reasons.

The man has a motorcade and always wants to halt traffic when travelling as if he is a top government official.

On Tuesday, a pregnant woman was fatally hit by one of his cars and people have been calling for his arrest. He claims that he was not the one driving the vehicle in question but reports suggest he hit the woman, immediately switched cars and fled the scene.

What is annoying is that the man is never arrested for his wrong doings, just because he is friends to the big fish.