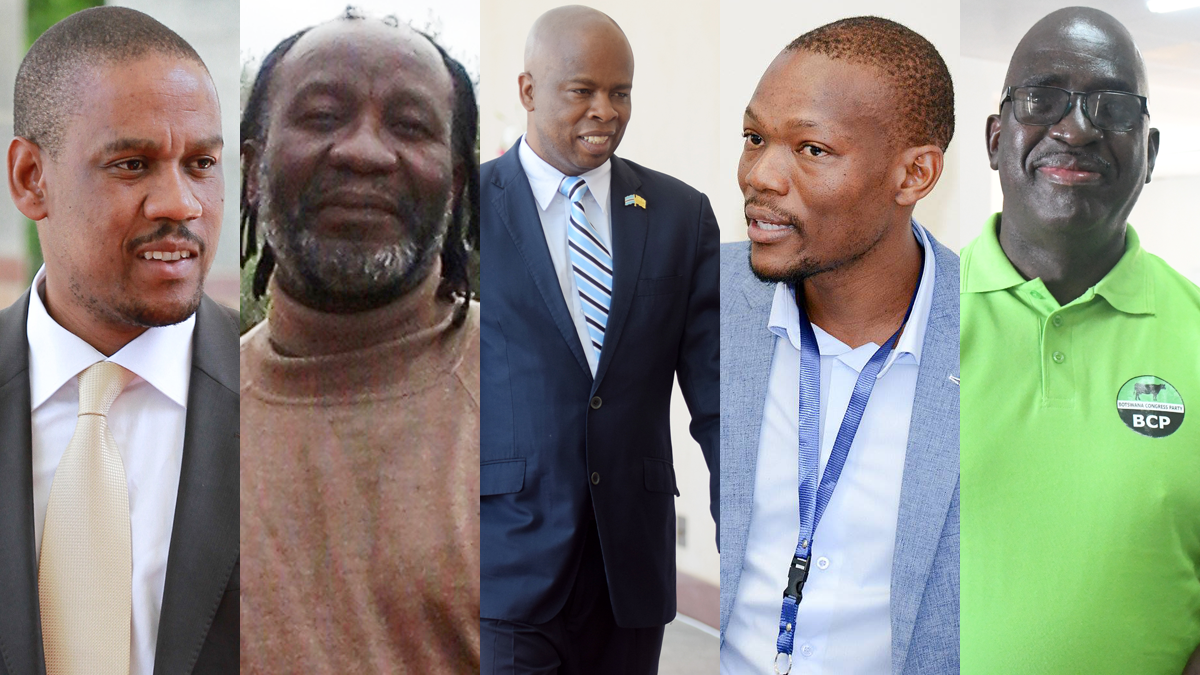 Umbrella for Democratic Change (UDC)’s Parliamentary Caucus Committee will soon meet to decide on who becomes the UDC Leader of Opposition in Parliament following the suspension of Dumelang Saleshando.

Saleshando who is the UDC’s Vice President and also Botswana Congress Party President was suspended together with his party’s Secretary General, Goretetse Kekgonegile by UDC National Executive Committee on Saturday following their refusal to withdraw disparaging statements they made in public about the UDC.

The two were accused of making public statements that tarnished the reputation of the Umbrella and slapped with three months, creating a post in parliament for another MP to take over as LOO for the period.

Tradition is that the senior most member of the party is LOO, however in the absence of a senior member of the party it goes to parliamentary experience and so this puts Member of Parliament (MP) for Francistown West, Ignatius Moswaane and MP for Selibe Phikwe West, Dithapelo Keorapetse ahead.

Moswaane is the only member of Botswana Peoples Party in parliament.

With what has been happening within the UDC it is not easy to tell who will fill Saleshando’s shoes with some suggesting MP for Okavango, Kenny Kapinga and Opposition Whip, Motsamai Motsamai of Gantsi South constituency. Although it is up to the parliamentary caucus and NEC to decide, The Voice staffer, DANIEL CHIDA engages political analysts in assessing the situation.

It is so sad that we have reached this turning point in opposition politics but this might well be a defining moment for the consolidation of power for the UDC project. This goes for the stature of UDC in parliament.

This is a people’s project and they would like to see the UDC leadership speaking as a coherent collective to articulate it’s policies and defend it against its erstwhile enemies who wish to see it crumble.

As to who will replace Saleshando, there a number of capable and independent minded cadres with credentials to lead, most probably Member of Parliament for Selebi Phikwe West, Dithapelo Keorapetse and MP for Nkange, Dr Never Tshabang are the front runners.

The suspension of the LOO from the UDC does deprive him from holding the post until realization of the matter.

The principles of natural justice have to apply.

No one should be a judge in his own court and fair trial should ensue.

We need to interrogate the UDC constitution in terms of how a VP can be suspended by a Central Commitee.

It’s awkward and cynical to say the least.

The tug of war between the BCP and Botswana National Front has a long history emanating from the 1994 break away of the former from the latter.

Saleshando is irreplaceable for the position of LOO.

For the first type in the annals of Botswana political space we had a strategist, emotional intelligent, visionary, communicator and empathetic leader.

He is ethical and accountable to the masses in the UDC, BCP and national at large.

His opponents can peddle lies but they will fizzle.

No one can fit the gigantic shoes of Saleshando.

We have amongst opposition forces people who are for the highest bidder.

BCP to me is well led and will prosper amidst adversaries.

Firstly, it is common cause that following the suspension, the current LOO is deprived of his privileges to represent UDC in the execution of his duties.

He may not attend UDC caucus meetings nor consult NEC of the party, nor address constituents in his capacity as UDC elected MP.

What this means is that at leadership level, the BCP’s voice as a contracting party has been muted as cannot be represented by its leader at strategic meetings of the UDC.

Following the suspension as well, it remains the prerogative of remaining UDC members to determine who holds the fort while awaiting the final determination of the matter.

It is not my place to suggest who they give the position to, but given the internal contradictions of the UDC they might pick a position that spites the BCP suspended leaders.