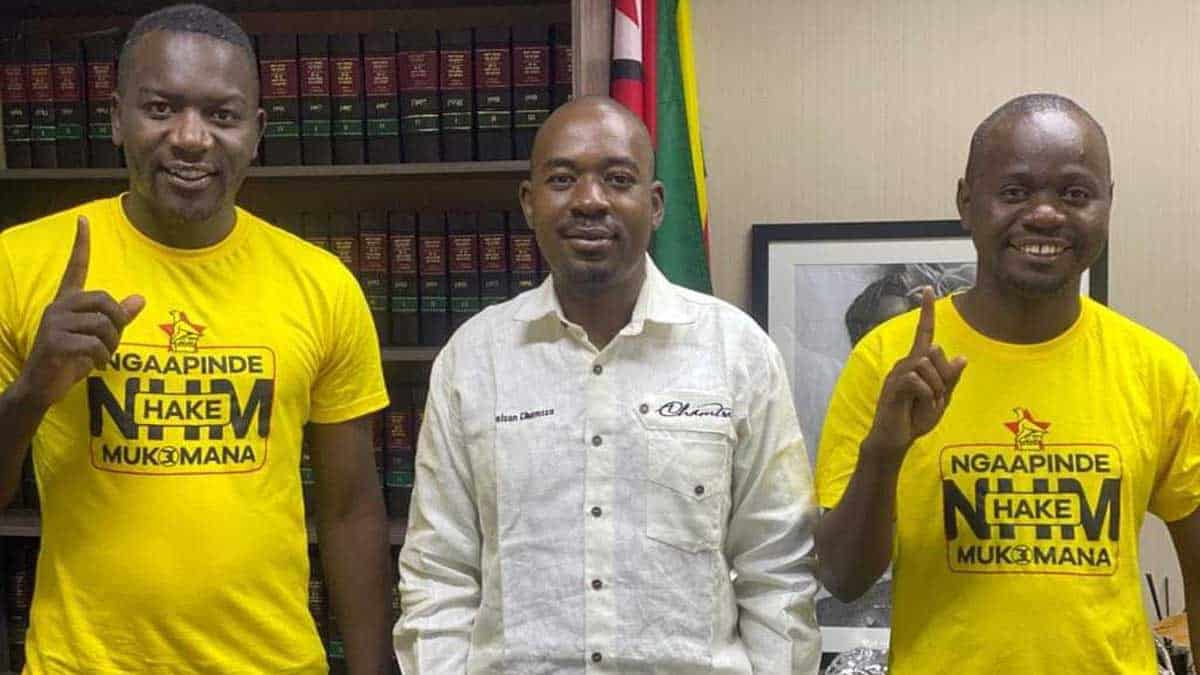 Yellow was trending in Zimbabwe on Tuesday evening and, more than likely, it will still be trending now as you read this column.

This was after Zimbabwe’s main opposition leader, Nelson Chamisa re-branded his party from Movement for Democratic Change- Alliance to Citizens Coalition for Change (CCC). He chose yellow for the party colour (similar to your own Botswana Patriotic Front), while its symbol is a raised hand with the index finger pointing up.

There was much hype surrounding the party especially on social media. In fact, Zimbos literally turned Twitter yellow.

I guess part of the excitement was because there was no leak about the new party name and the colours prior to the launch hence the curiosity amongst many.

Of course Chamisa had hinted that they (him and his comrades) were tired of fighting over the MDC name, hence the decision to re-name and re-brand.

Announcing the change, Chamisa said the MDC name had become toxic and compromised.

Formed in 1999 with the late Morgan Tsvangirai as the founding leader, MDC has split several times over the years.

What prompted Chamisa to re-brand was that he was fighting over the name MDC with another splinter party, MDC-T.

With parliamentary bye–elections set to be held in March, they had to find another name instead of fighting a losing battle as their rivals had the backing of the ruling party and thus had more chances of winning.

“We are putting citizens back at the centre…..” Chamisa said during the launch and indeed the citizens on social media seemed to enjoy the whole new episode as they went into overdrive, re-tweeting and liking everything about the party.

Oh and by the way, what also seemed to fascinate a lot of people is that with this new party name CCC, ruling Zanu PF leaders who like to denounce the main opposition through slogans will now have a hard time doing so.

Before, it was easy to say ‘down with the MDC’ but now they cannot say ‘down with CCC’ as that would mean denouncing the citizens. Anyway, I am sure their teams are working overnight to see how best to de-campaign the yellow people.

It, however, remains to be seen if this new kid on the block will really shake the political grounds. What is not in doubt though, is that Chamisa commands a huge following, both in rural and urban areas. He now needs to go around the country announcing his disassociation with the MDC while marketing his new outfit.