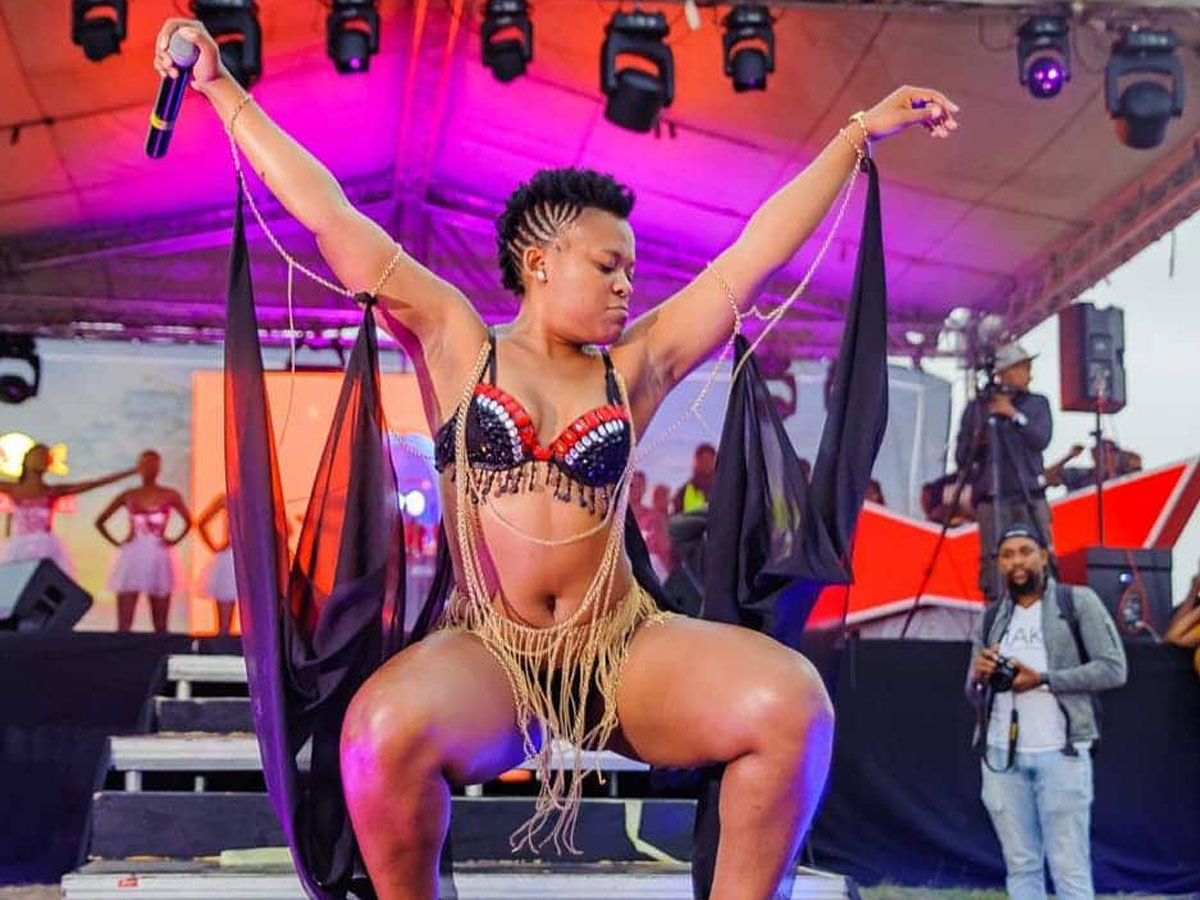 “Zodwa obviously will be less Zodwa. She won’t be as extreme as she was in Kanye but of course she will give her fans a show.”

She was a subject of news headlines because of her raunchy performance in Kanye in December.

In Fact her performance was so controversial that she even got the attention of a disapproving House of Chiefs, but now ‘Zodwa wa bantu’ is set to make her return to Botswana.

Zodwa wa bantu’ ‘s claim to fame is racy and explicit dance moves on stage, even to the extent of teasing her audience by removing her panties.

Her December show captured on video and circulated on the internet caught the attention of law enforcement officers who slapped the South African reality TV star with an arrest warrant forcing her to cancel two of her shows.

However Zodwa now forms part of an all-black show slated for July 23rd in Molepolole.

The event will be hosted at the Molepolole sports complex featuring legendary Trompies and Mapaputsi.

This week Zodwa’s manager, Vukani Khoza, confirmed that the dancer is working with Interpol to comply with the law and nullify her warrant.

“The good thing is Zodwa was never banned from Botswana, unlike in other countries. She was only slapped with an offense of public indecency which has a fine attached to it. She has been in contact with Interpol to rectify that and I can confirm that she will be in Botswana,” Khoza said in a telephonic interview.

“Our problems started after a fan posted her performance whilst in Kanye and I guess that did not sit well with authorities. Zodwa really didn’t mean any harm and we will comply with the law in Botswana this time around,” he said and added: “Zodwa obviously will be less Zodwa. She won’t be as extreme as she was in Kanye but of course she will give her fans a show.”

Zodwa is currently filming her reality show and she will address the Botswana issue on her widely publicized show.